Park rangers accompanied Google and Darwin Station staff to several visitor sites and seascapes on the islands of San Cristobal,  Santa Cruz and Isabela, where they captured three types of images for the project  - closed environments, terrestrial visitor sites and the seabed.   A tour of the Sierra Negra crater Isabela (the 2nd largest volcanic caldera in the world - and often in the clouds…), the North Seymour visitor trail (habitat of bird species such as blue-footed boobies and frigate) and the tortoise breeding centre in San Cristobal. 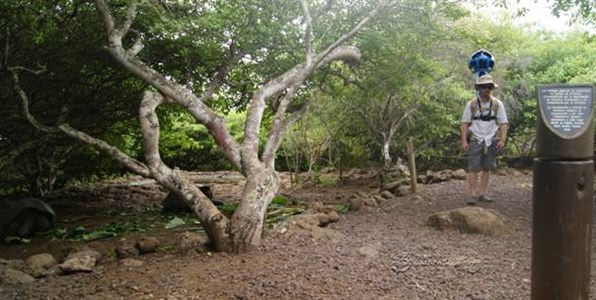