The first ever recorded observation of a Dolphin gull (Leucophaeus scoresbii)  was reported by the Galapagos National Park Service (GNPS) this week.  Naturalist guide, Franklin Guaranda announced his sighting, backed up by pictures.   The bird was spotted at Black Turtle Cove, on the north side of Santa Cruz island.  Only accessible by cruise ship, this site is usually visited to see sharks, rays, sea turtles in its shallow waters, and to observe mangrove ecosystems.

Ornithologists at the Charles Darwin Research station studied the pictures taken by Mr. Guaranda and confirmed the species, also noting that it was the first ever recording of that species in the islands.    The bird normally lives off the coast of Argentina, particularly in the south, and in the Falkland islands, and in Southern Chile.

This incident illustrates how the wildlife is well monitored in Galapagos.  There are naturalist guides and many avid birders traveling in the archipelago at all times, allowing for credible reporting of rare or unusual species.    The Dolphin gull would certainly have been an unexpected surprise for any birders accompanying Mr. Guaranda that day! 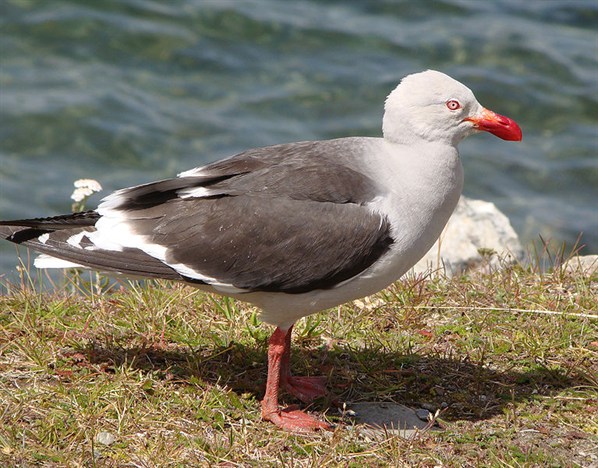