CNH Tours has learned that last weekend, some Galapagos residents came across a non-poisonous “false coral” snake on the road in the highlands of Santa Cruz island.   This was the first ever sighting of such a snake, which is not native to the Galapagos.   Spotting introduced species as soon as possible is critical in the struggle to keep them out of Galapagos.  If this was an escaped pet snake, then this threat will have been nipped in the bud – but if it’s one of many that are now proliferating in the island, it could spell trouble for native species.

The Galapagos National Park Service (your entrance fees help fund their activities) immediately set about implementing emergency monitoring activities, to determine if there are other False coral snakes out there.   “This includes forming a circle of a mile around the area in which it is found to determine the possible presence of more specimens in the field and prevent movement into protected areas , if any” said Danny Rueda , Director of the Galapagos National Park Ecosystem Conservation department.

Repitle specialists at the Charles Darwin Foundation  confirmed it was a false coral, which is not poisonous.  The snake was killed and analyzed.  It was a male, with an empty stomach.

Despite the presence of an extensive phytosanitary control system, which focuses on keeping people from bringing in non-native species to the islands, it’s impossible to create a 100% secure barrier.  If people wish to disregard the need to keep alien species out of Galapagos, there will always be someone who will slip something through.   "The quarantine systems can only be efficient if the citizens of the islands assume their responsibility, and refrain from bringing new species here”  said Marilyn Cruz, Executive Director of the biosecurity agency for Galapagos (and old friend of CNH Tours).

Introduced snakes can have a catastrophic impact on island species.  The most notorious examples is that of the brown tree snake, which was accidentally introduced to Guam in 1952, likely in a cargo ship.  Within 10 years, most of the island’s birds had disappeared, including several extinctions, as this snake climbs into trees and eats eggs and chicks. 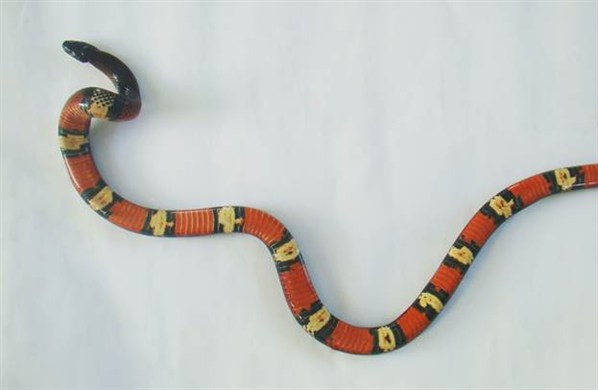