Tungurahua volcano on mainland acting up

When flyng into Ecuador - Quito or Guayaquil, there is always a slight risk of flight perturbations due to volcanoes.  The country sits astride the Pacific ring of fire, and volcanic activity is quite common - the tallest volcano is even depicted on the national flag.

This past Friday, Tungurahua volcano, just outside the town of Banos and about 125 km south of Quito, threw up a very high plume of ash and smoke.   These kinds of events may cause some problems with all flights if the winds are blowing in the wrong direction.

The Galapagos islands are not on the ring of fire, but still are volcanically very active - because they are over a hot spot on the earth's mantle, just like Hawaii.

I gave birth to my 1st boy in Quito, while the Pichincha volcano, just west of the city, was acting up in ways similar to the Tungurahua (1999).  A few months later, we were flying out of Quito to Canada on holiday, and our flight was delayed by a day or two for the same reason - we still retain the boarding pass that says "Cancelled due to volcano"! 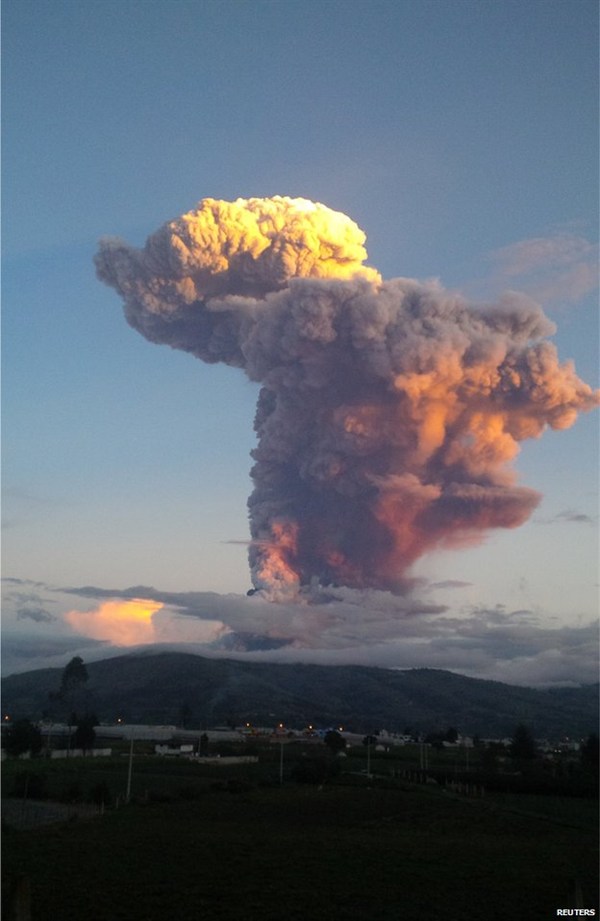