In a graphic manifestation of the very significant threat posed by the increased movement of people and goods between the mainland and Galapagos, the Galapagos Biosecurity team came across a Virginia opossum yesterday on one of the barges used to transfer goods from mainland supply ships anchored offshore, and Puerto Ayora's docks.

There are barely any mammals in the islands because they simply could not make the journey from the mainland unassisted.   Only rats and bats ever made it - rats likely surviving on an unsually large mat of of vegetation.  The rats evolved over thousands and thousands of years to become an endemic species found only in the islands.  The absence of mammals allowed for the peculiar ecosystem make up we see today - where reptiles dominate the landscape.  Giant turtles replace herds of grass/shrub eating mammals in this ecosystem!  There are also lizards, marine and land iguanas.

The arrival and successful implantation of opossums could have devastating effects on native wildlife - typically, it's hard to say until it's too late.  CNH Tours applauds the newly etablished capacity in Galapagos that allows for the interception of such potentially harmful new arrivals.

The threat remains very real though, and the increased population of the islands (driven by natural growth rates, but also from immigration, driven by the availability of jobs - many from the rapidly growing land based tourism) results in more and more opportunities for stowaways like the opossum to hitch a ride in the more frequent shipments of goods to the islands.  That's why it's important to support the biosecurity team and to also try to ensure you use / eat locally produced products and foods. 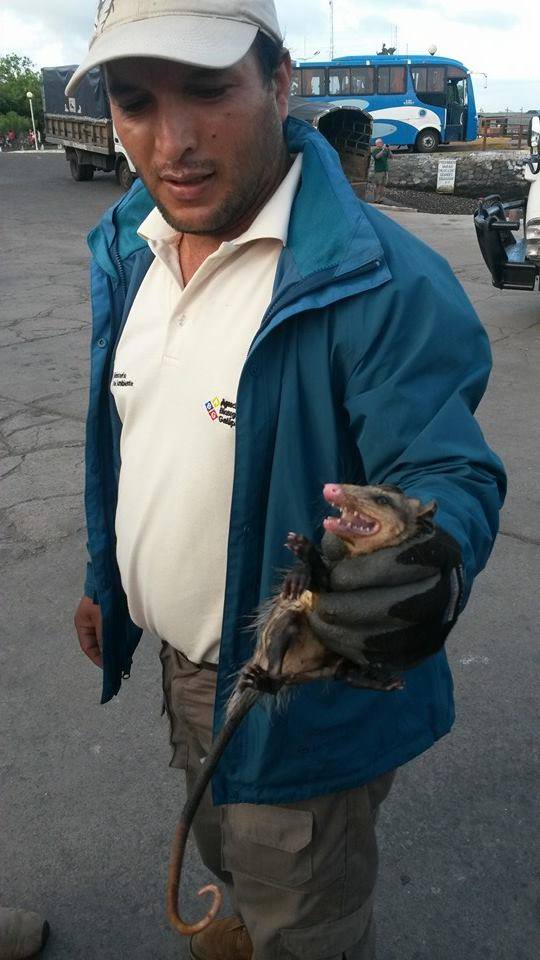