The U.S. Geological Survey said the moderate quake was only 4.8 miles (7.7 km) deep, with its epicenter located 14 miles northeast of Quito.  Striking at 2:58PM on Tuesday, 12 August, the 5.1 magnitude quake was widely felt, but caused only minor damage.  Two people died, one working in an illegal quarry, and a boy who was killed by falling bags of rice.  The airport was closed for a short time, so that the authorities could be sure the infrastructure was in good working order.  Three other smaller earthquakes struck during the course of the afternoon.  There is no reason for concern on the part of anyone traveling to Ecuador via Quito. 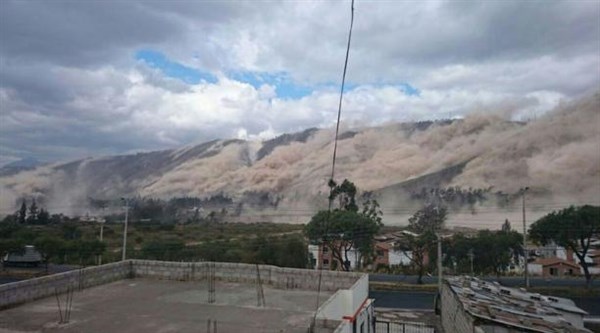