The director of the Galapagos National Park Service, Arturo Izurieta, with whom CNH Tours has had several positive exchanges, was informed by the Minister of the Environment that he would be replaced.   We don't know the story behind this, but will try to find out.   Here is his posting on FaceBook, which appeared today (translated from Spanish):

A year and 8 months ago today, I accepted the challenge of contributing to strengthening the management of the Galapagos National Park and Marine Reserve. I did not ask nor have I sought to stay in the position of Director of one of the world's most famous protected areas. Yesterday I was informed of my removal from the job.   I have no doubt that this was a political decision.  Though I respect it, I do not necessarily agree with it.  However, I leave with the satisfaction of having straightened and improved many internal processes at the Park Service, and having improved transparency and relations with the community. I have managed to complete key planning processes, to initiate zoning processes and to strengthen the human resources at the Park Service.  Management has not been, nor ever can be perfect, but work has been carried out with honesty, integrity and fairness.  When I came here, I found an very well trained Park staff, both men and women, in the field, and in the office, who work hard in the 4 inhabited islands and remote places of our beautiful and unique islands.

As an Ecuadorian and a professional, trained both in Ecuador and overseas, I am pleased to have been able to contribute to the conservation, though not for long, of this most unique and fragile part of Ecuador and possibly the world. Thanks to each and everyone who supported and believed in my leadership. I ask you to continue providing everything within your power to make our islands and protected areas remain a world example. Thanks again.

CNH Tours is a bit concerned over this development - as we have heard no reason why Arturo would be asked to step down after only 20 months in office.  The Park Director job has in the past been a highly political one - and for a period between 2004 and 2007, 14 directors and interim-directors were cycled through the job, as local and national politicans sought to have their "man" in the job (though after this chaotic period, it was a woman who was given the job).   We of course give the government of Ecuador the benefit of the doubt over this decision, but we will certainly be watchful of how the job is filled, and by who. 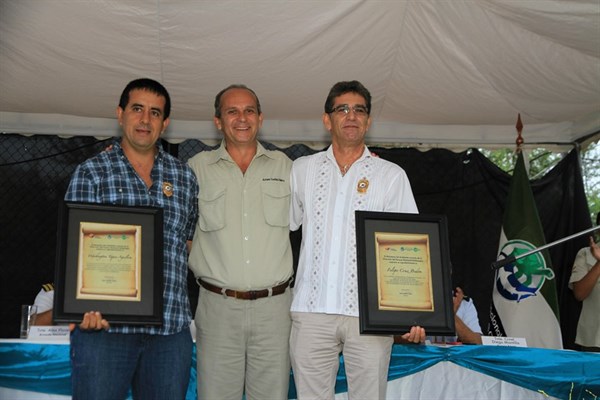