The US National Public Radio aired its Year End Special / best podcast of 2015 recently – and it was all about Galapagos – more specifically, the challenges of conservation in the islands with a particular focus on how invasive species are dealt with.

I listened to it over the New Year’s weekend – and was pleased to hear the voices of several old friends and colleagues.   The first was Leopoldo Buchelli (below) – the mayor of the main town of Puerto Ayora – a pragmatic, no-nonsense politician, Leopoldo has managed to keep his mayoral job for many years now.   I last saw him perhaps 8 years ago, in his mayor’s office, while on a business trip working for UNESCO. 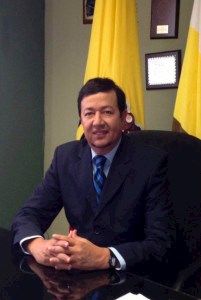 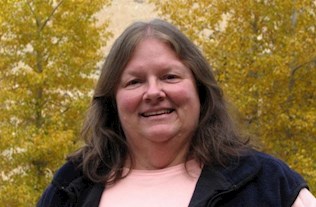 The show then introduces us to the woman who hired me to come to the islands in the first place – Linda Cayot (above).  She had been living there for about 20 years at least by then (1998) and hired me to lead the final preparation for the massive goat eradication project on Isabela Island.  Linda is a giant tortoise expert – and had set the ground for this project – all she needed was someone to put together the pieces for a strong fund-raising proposal.  With some seed money, and with the support of a brilliant local colleague, Felipe Cruz, we succeeded in raising US$8 million for this work. 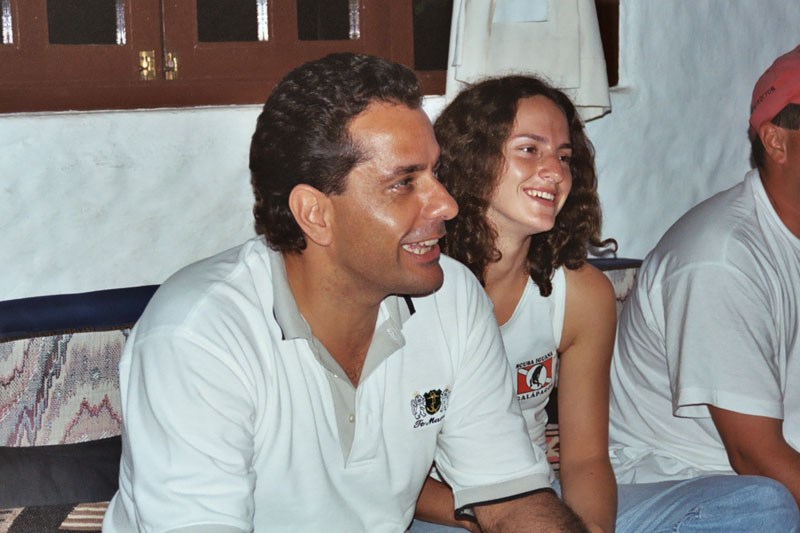 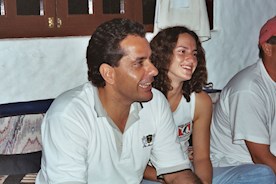 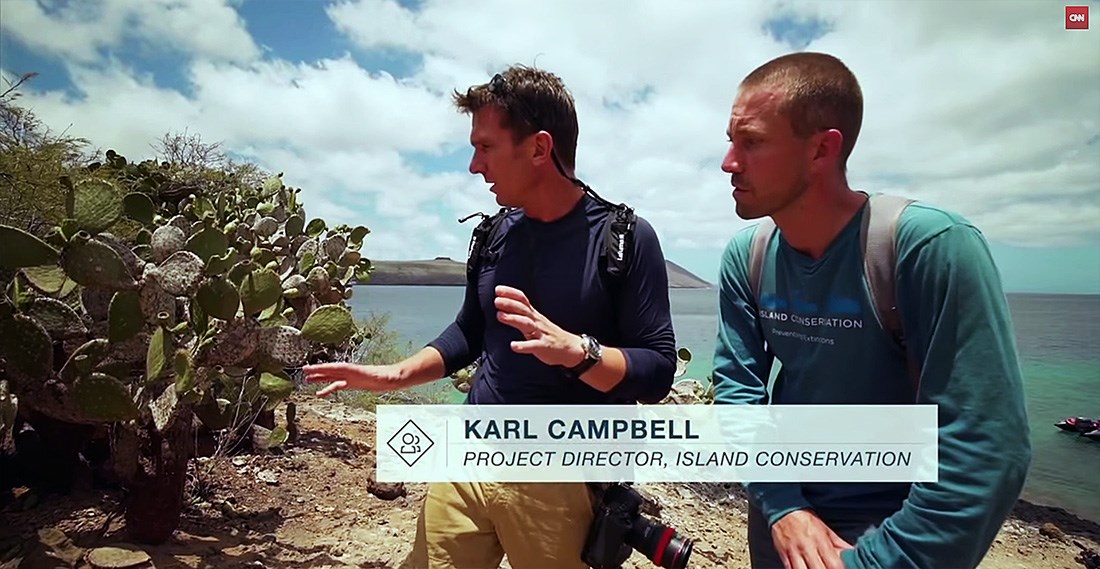 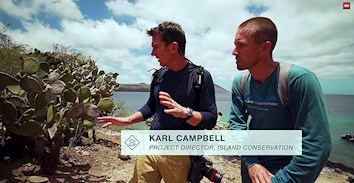 The show moves on to Mathias Espinosa (above left) a handsome green eyed German/Ecuadorian man, co-owner of the Scuba Iguana dive centre, and master musician.   Mathias is a fixture in the Galapagos arts crowd.   Karl Campbell (above, right side in right picture) is the next of our friends and former colleagues to appear on the show.  We hired him from Australia to lead the technical side of goat tracking.   Singularly focused on his challenge, after a year on the job, he decided to go back to University in Australia to do a Ph.D. on goat hormones, sterilization and estrus induction – and thanks to the work of this "pit-bull" of goat eradicators, one of the most critical components of the goat eradication project was developed. 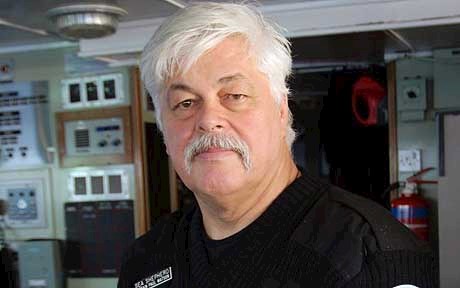 Paul Watson, one of the original Greenpeace founders, and now leader of the Sea Shepherd Society makes a brief appearance.  I had the pleasure of a one on one dinner with him once in the islands.   “Quite a character” are the words I used to describe him.   Disappointed with Greenpeace’s cozy relationship with the corporate sector, he created the Sea Shepherd Society which has a very interesting history – of which the Galapagos chapter has been a great addition to marine conservation.

A large segment of the show focuses on Lonesome George, the last of the Pinta tortoises.   Pinta island has no terrestrial visitor site, but our Active Galapagos charter is one of the only trips that takes you on a snorkeling outing just offshore. 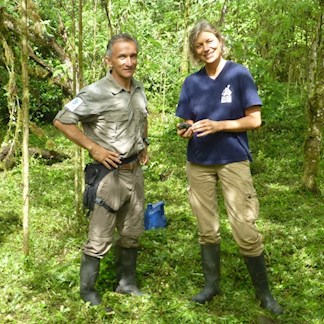 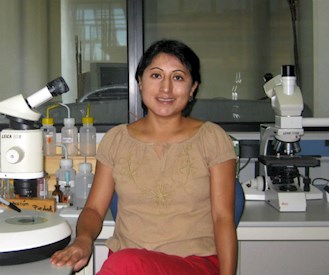 We get into alien plant species thanks to Heinke Jaeger, (above left) a soft spoken German scientist who first arrived in Galapagos while Heather and I were there.  We were so proud to share with her our love of German cuisine – sauerkraut! She looked at us in disdain, thinking it was not representative of the best of what her country had to offer.  We still laugh over that episode.  Next, Piedad Licongo (above right) is introduced – working in entomology.  Piedad is a dedicated Ecuadorian scientist – she helped CNH Tours once by putting together a species by visitor site inventory for us. 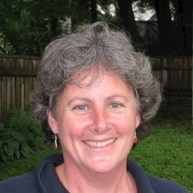 Finally, the last of our friends interviewed is Charlotte Causton (above) from England, whose tireless efforts have led to many conservation success stories – including the introduction of a bio-control agent for the alien cottony cushion scale, which was destroying native mangroves in the islands.   We wish Charlotte and Piedad all the best in finding a solution to the very concerning “Philornis Downsi” – introduced fly project – a fly that risks sending several finch species to extinction.

If you have an hour to spare, we highly recommend the show – it’s a very good introduction to the types of challenges we face in the islands, the efforts in place to address them, and how funds are spent in doing so.