Way off the beaten path...

The BBC reported today that a juvenile "Galapagos red footed booby" had been found off the coast of Sussex, in the UK (the southern coast).   That's 10,000km (or 6,000 miles) from home!  From the BBC news item:

The bird was rescued by the East Sussex Wildlife Rescue and Ambulance Service (WRAS) following a call from a member of the public.

"It was looking extremely exhausted, just sitting on the beach.

"Hopefully it will be released back to the wild."

He added: "As far as I can tell, one has never been found in the wild in the UK before.

"From what we gather, one did visit Spain a few years ago, but we can't find many other references to these birds visiting Europe at all."

In fact, the red footed booby breeds and frequents tropical oceans and coastlines nearly all around the world.  It's more likely that this fellow originated somewhere in the Caribbean and ended up in the UK thanks to some tropical storm systems that frequently move from there towards northern Europe.

It is the Nazca booby that lives mostly in Galapagos and other Eastern tropical Pacific islands.   For the southern UK twitchers, that would have been a more exotic siting! 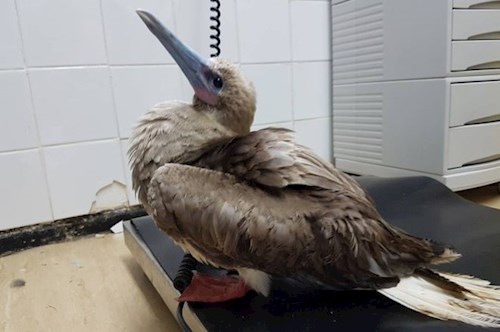 Below:  The (adult) Nazca booby 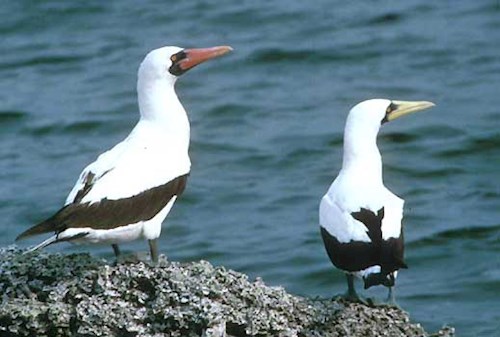