Impress you naturalist guide with the latest knowledge on boobies.

Boobies are among some of the quirky birds you'll meet at a few of the visitor sites in Galapagos.  They might be nesting right on the trail and as you approach, they'll look up at you with an irritated look on their faces, as if to say "Who are you?  What do you want?  Can't you see I'm busy?  Why don't you just move along and leave me in peace!".

A couple of weeks ago, while at the Darwin Foundation annual general meeting in Quito, I ran into Tui de Roy, a renowned wildlife photographer (she grew up in Galapagos).  She expressed grave concern over declining booby numbers.   This is a pity for the visitor, as they are fun to run into on the trails, and their marvelous display of mass dive-bombing of schools of fish is a memorable sight to see.

Today, I came upon an article written by Jenny Howard of Wake Forest University in North Carolina that seemed to confirm Tui's observations.  Jenny is part of a team led by David Anderson - a long time Galapagos researcher I met on a few occasions in the past during my time at the Charles Darwin Research Station.  Jenny summarizes the conclusions of a scientific paper written by members of the  the Nazca Booby research team.  The Nazca is one of the three kinds of boobies that nest in the Galapagos.   The study covers 30 years of research and concludes that in 1997 (the year of the last "great" El Niño, when sea water temperatures shot up for nearly 2 years), Nazca boobies' diets shifted from predominantly sardines (which prefer cooler water), to a great variety of fish, with a focus on flying fish.   The research observed that the boobies were less successful in catching enough fish, and as a result, breeding success dropped by 50%.

So it would seem that Tui de Roy, our photographer, was right.

However, during my meetings in Ecuador, I came upon Godfrey Merlen, an old friend, and even older Galapagos mariner.   Since the 1970's Godfrey has spent a huge amount of time on the seas around Galapagos, helping marine scientists monitor whales, the National Park service establish remote monitoring bases, and carrying out all sorts of marine conservation related support activities.  When I confronted Godfrey with Tui's observations, he responded "Nonsense!  Booby populations have been exploding these past 2 years - we're under La Niña conditions".   La Niña conditions bring with them cooler waters, preferred by the sardines.

So the cycle of life goes on.  Are the booby population fluctuations just part of a normal longer term cycle?  Or will climate change result in greater and more intense El Niños, leading to greater long term pressures on booby populations?  No one knows for sure.

Nazca boody nesting on a trail 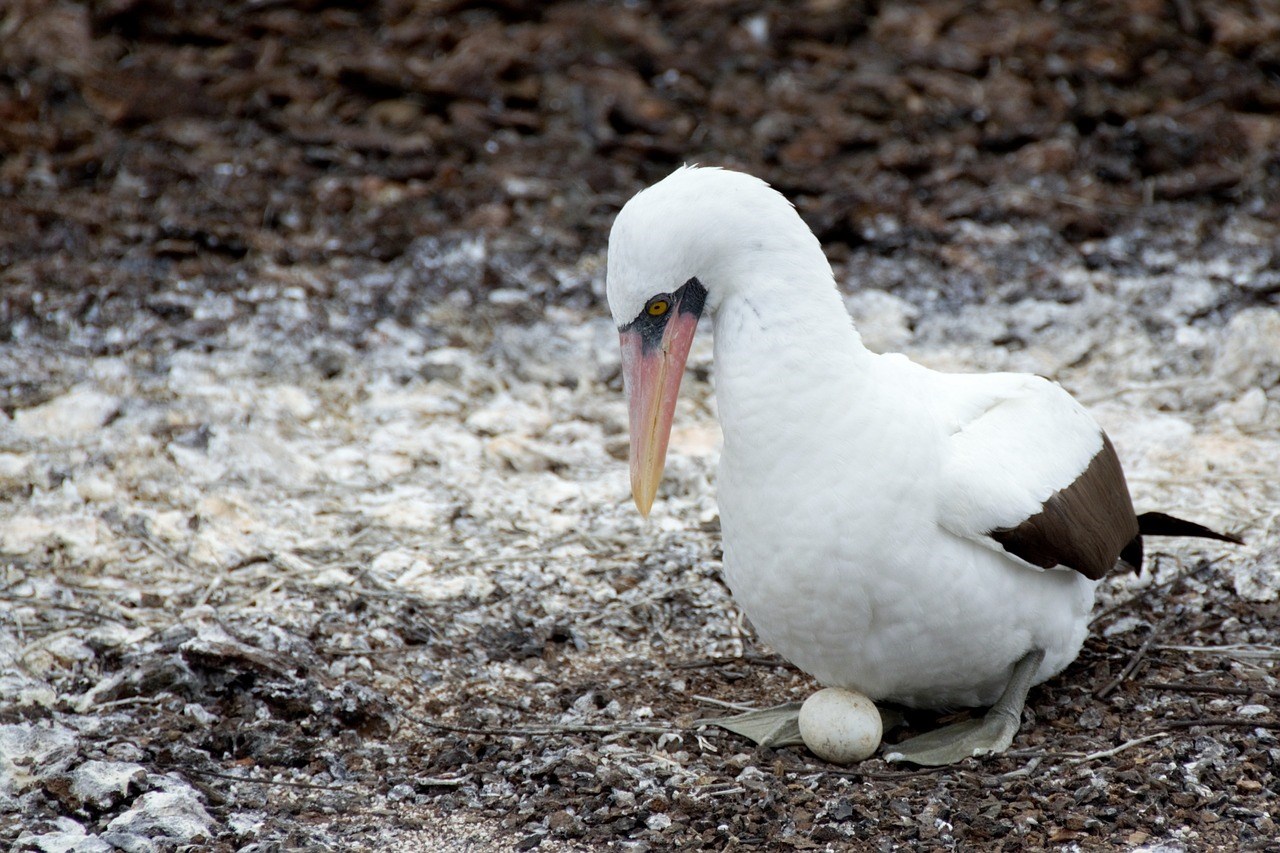 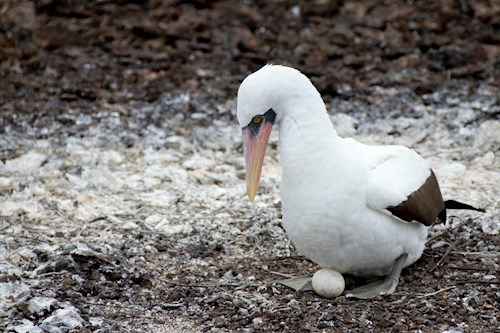