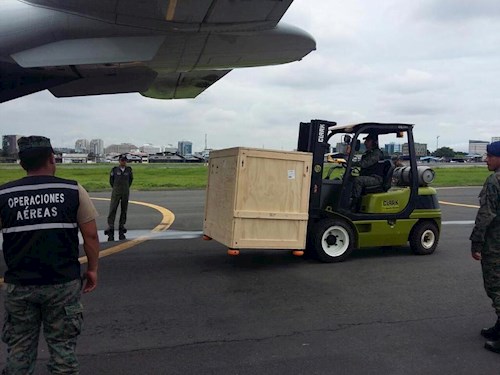 The embalmed body of the giant tortoise known as Lonesome George, the last of its kind, will be returned to the Galapagos Islands, the Ecuadorian archipelago where it lived and died.

An official at the Environment Ministry says George will arrive at Santa Cruz Island this Friday on a plane of the Ecuadorian air force and will be installed in a reserved room until February 23.

From then on it will be exhibited to the public in a newly built gallery where its preservation is guaranteed.

The site has "all the technological mechanisms to keep it in good condition: temperature and humidity controls and special show windows so it doesn't get damaged," the official said.

Lonesome George probably lived more than 100 years, though its exact age at the time of its death remains unknown.

The tortoise was the last specimen of the Chelonoidis abingdoni species, and during it last 40 years became a symbol of the Ecuadorian archipelago, known worldwide for its rich biodiversity.

The chelonian, which died without leaving offspring, was discovered in 1971 and since then until its death was cared for at the Reproduction and Breeding Center of Galapagos National Park (PNG) on Santa Cruz Island.

In June 2012, Lonesome George was found dead of natural causes in its pen by Fausto Llerena, the same park guard that took care of the giant tortoise during its life in captivity.

Up to now, the tortoise's body has been on show at the American Museum of Natural History in New York, where it was taken after desiccation, a process that took over a year.

With the place where it will be exhibited almost ready, George returns to his native archipelago, where a Route of the Tortoise has also been created, a path where visitors can learn about Galapagos biodiversity.

The path, which will also be inaugurated this Friday, leads visitors from the park entrance to the gallery where they can observe the iconic chelonian, the Environment Ministry official said.