David Crowley and his father joined us on an Active Galapagos cruise in 2015.  Of course, they had a trip of a lifetime!  David was so smitten with Galapagos that he got the nature conservation bug.  Being an aficionado of drone based photography, he proceeded to set up his own conservation NGO, Aerial Conservancy (www.aerialconservancy.org).  Pining for a chance to do some work in the islands, he contacted CNH Tours to see if we could help him find a way to do so.   The story below, in his words, explain how that turned out.

Ever since I was lucky enough to sail the Galápagos Islands with Juan Salcedo on the Samba in the spring of 2015, I was captivated. Thus, as any persistent and determined teenager my age would, I incessantly emailed Heather Blenkiron— who originally booked my previous cruise— for an internship. After frequent correspondence with Heather, and Juan himself, I finally received the news I had been longing for: an invitation to join the Samba crew once again for two weeks over the 2016 summer— circumnavigating the entire archipelago. Being an avid traveler myself, I have been to many places, but with Juan as my guide I could experience more of the Islands than the average tourist— with paddle boarding along a pod of dolphins and spotting a newborn humpback whale calf being the most memorable.

The time that I spent in the islands gave me the opportunity to see the other side of the Samba operation, to see how the crew functions behind the scenes, and to truly see Juan’s expertise first hand in the field. In his opinion “[we] had a fantastic time last summer,” and in my opinion, it was one of the best summers of my life— one that has shaped me in many ways.

My time aboard the Samba moreover inspired me to further my involvement in the Galápagos National Park by founding the Aerial Conservancy,  ( AerialConservancy.org ), a nonprofit corporation that funds and facilitates wildlife conservation through the use of UAV’s, more commonly own as drones.

However, none of this would have been possible without Heather, who connected me to Juan originally, and believed in me enough to recommend me for the internship. In her words, “It was a pleasure;” nonetheless, her simple act of trust has shaped my life forever.

David Crowley (picture NOT taken in Galapagos, in case you were wondering) 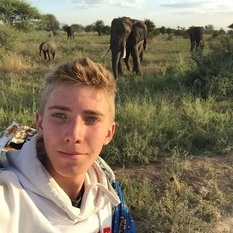 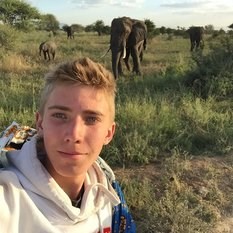