This Ship Isn’t Sinking, but the Rats are Going Regardless

The Galapagos National Park, in cooperation with Island Conservation, will be carrying out a rat eradication campaign on North Seymour island in January / early February.   North Seymour island is located just a few hundred yards/meters north of Baltra island, the main airport island in Galapagos.    It’s a popular “last visitor site” for expedition cruises, typically seen on an early morning before then proceeding to the airport for the flight back to the continent.

Rats (Norway rats) arrived in Galapagos not long after the first humans arrived established themselves, likely nearly 250 years ago.  All over the world, when non-native rats arrive in island ecosystems, they cause a huge amount of damage.  Typically, they prey on bird eggs and in Galapagos, will also eat hatchling tortoises and sea turtles.

North Seymour - the small island with the red pointer 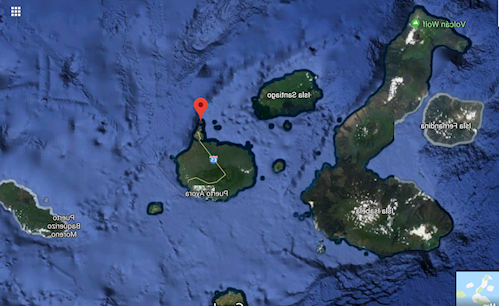 North Seymour close up, with Baltra island and the main airport in Galapagos.  Mosquera island is the tiny strip of land between the two.  A favourite for sunbathing sea lions. 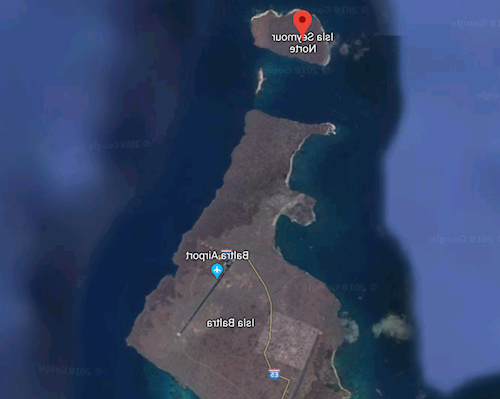 The Park has already carried out successful rat eradication campaigns on other small islands in the archipelago.   In this case, drones will be used to drop off rat poison throughout the island.   As the poison is specific only to mammals, and as there are no native mammals on the island, there is no risk to other of North Seymour’s inhabitants – the most noteworthy being the frigate birds and blue footed boobies, both of whom for which the island is a popular nesting area.

North Seymour island will be closed to visitors during the eradication campaign.  If your itinerary had you slotted for a visit there, you’ll be taken to another nearby site – possibly Black Tortoise Cove, Mosquera Island, or even Cerro Dragon – all very good alternatives.