Don't go to Galapagos for the fireworks

Humans may get thrills from noisy fireworks displays, but wildlife tends to pooh-pooh such forms of entertainment.   The Galapagos Regional government just banned fireworks in recognition of the incompatibility between these noisy explosions and the wildlife that attracts over 250,000 visitors a year from around the world. 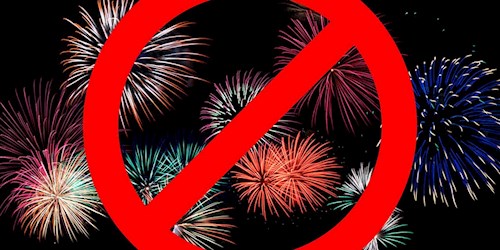 Our friends in the islands have been asking for a ban for many years.  We thought that the local politicians would never go for it, given the mass popular appeal of both large displays of the kind that are held for New Year's eve and other major events, and for the smaller private fireworks that folks put on to celebrate more personal events.

But the Galapagos government went through with it just earlier this week - imposing the ban as of yesterday, 28 December.   So, if you were hoping to catch fireworks in Galapagos this New Year's eve, it looks like you may be disappointed.   There is an exception to the rule however - if your fireworks don't make any noise, you can proceed.

A wonderful and more meaningful alternative to loud bursts of light is the "año viejo" (old year) tradition in Ecuador.   During the day on the 31st of December, people will construct papier maché effigies of events or people that have caused them grief over the past year.   At midnight, the effigies are set alight and burn to the ground - a kind of expunging of bad vibes, clearing the air for a good start to the new year.

Año viejos representing sports personalities and politicians, about to go up in flames...