The Ecuadorian minister of the Environment appointed a new park director yesterday.  Jorge Carrion is a Galapagos native and has been with the Galapagos National Park Service since 2012.  He took office immediately.  According to the government's press release:

Carrión "takes on the challenge of strengthening the management of the Ministry of the Environment in the islands through coordinated work with the local institutions and giving continuity to the processes that are being carried out in the archipelago."

Carrión holds a PhD in Conservation Biology from the University of Seville - Spain, and holds a Bachelor's Degree in Biological Sciences from the Central University of Ecuador - Sede Galápagos, where he was also a professor.

He has published several scientific articles, all related to the marine and terrestrial ecosystems of the Galapagos; besides having extensive experience in environmental management issues.

The Directorate of the Galapagos National Park manages the two protected areas of the archipelago, national park and marine reserve, which at the moment have more than 330 park rangers working in seven departments.

CNH Tours has been on familiar terms with most park directors since we moved to Galapagos in 1998, for our 4 years there, and as my role with UNESCO's World Heritage Center.   Though I've been in a couple of meetings with Jorge in the past, we've not had the chance to interact much.  CNH Tours has already sent Jorge a congratulatory letter (see here, in Spanish), offering our full support in any capacity and hope to establish a good working relationship as soon as possible. 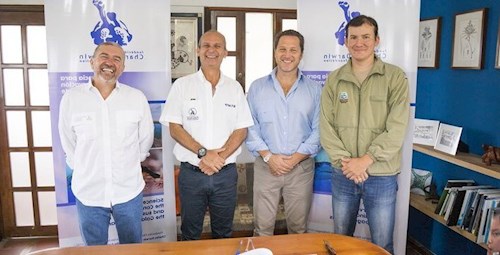