Is she going to blow?

On the 9th of January this year, we reported on a spat of small but frequent earthquakes in and around Sierra Negra volcano.   We have an ear to the ground for this kind of thing - we'd noticed what appeared to be an unusual number of reports of such earthquakes and thought it was newsworthy, figuring that "something was up".

Last week, the Ecuadorian Geophysical Institute reported that seismic activity was reaching levels that could indicate an imminent eruption.   It indicated that seismic activity in and around Sierra Negra has been gradually increasing over the past two years, reaching very high levels since mid May, averaging 42 earthquakes per day with a peak of 104 quakes occurring on 25 May. The largest quake so far quake was a significant magnitude 4.8 on 8 June, large enough to be felt by by people in the vicinity. 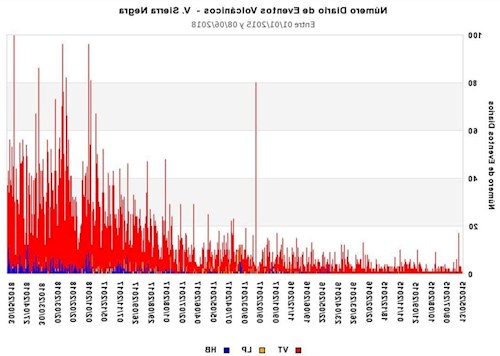 As noted in our January 9 article, the volcanoes in Galapagos are all "shield" type volcanoes.   They don't erupt explosively (e.g. like the recent volcano in Guatemala) but rather "burst at the seams", resulting in cracks on the slopes of the volcano (either within the caldera, or on the outside slopes), with lava spewing out.  The lava can spew for days or weeks or even longer, producing rivers of lava that can flow over long distances, covering wide expanses of land.    This is exactly what has been happening in Hawaii these past few weeks.

Sierra Negra is located above the town of Villamil on Isabela island - a popular destination for land based visitors.    The highlands above the town are settled by small time farmers growing coffee, pineapples and such, or keeping some cattle.   Both Villamil and the highlands are exposed to the risk of lava flows that could head their way.  Typically, should this danger materialize, there will be plenty of advance warning, unless fissures open up much closer to inhabited areas.

Satellite pictures of the area around Villamil attest to geologically recent volcanic activity, with much of the surface area around the town consisting of vast barren lava fields (mostly on the north and eastern edges of town).  Parts of the Villamil airstrip are carved right out of these lava fields. 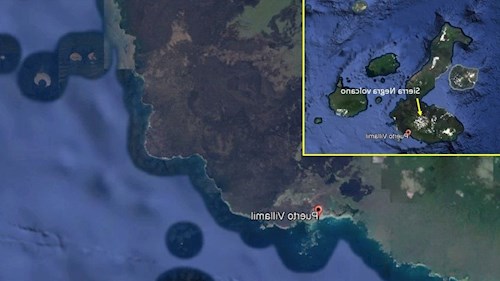 According to the Geophysical Institute, "the recent increase of seismic activity suggests an increase of pressure inside the volcano, which could be related to an advance of a magmatic intrusion towards relatively shallow depths".  Based on the precise locations of the quakes, the most likely outcome would be a moderate-sized eruption in the Volcán Chico sector, on the southeast side of the volcano.  That is precisely where tourism activity is concentrated. 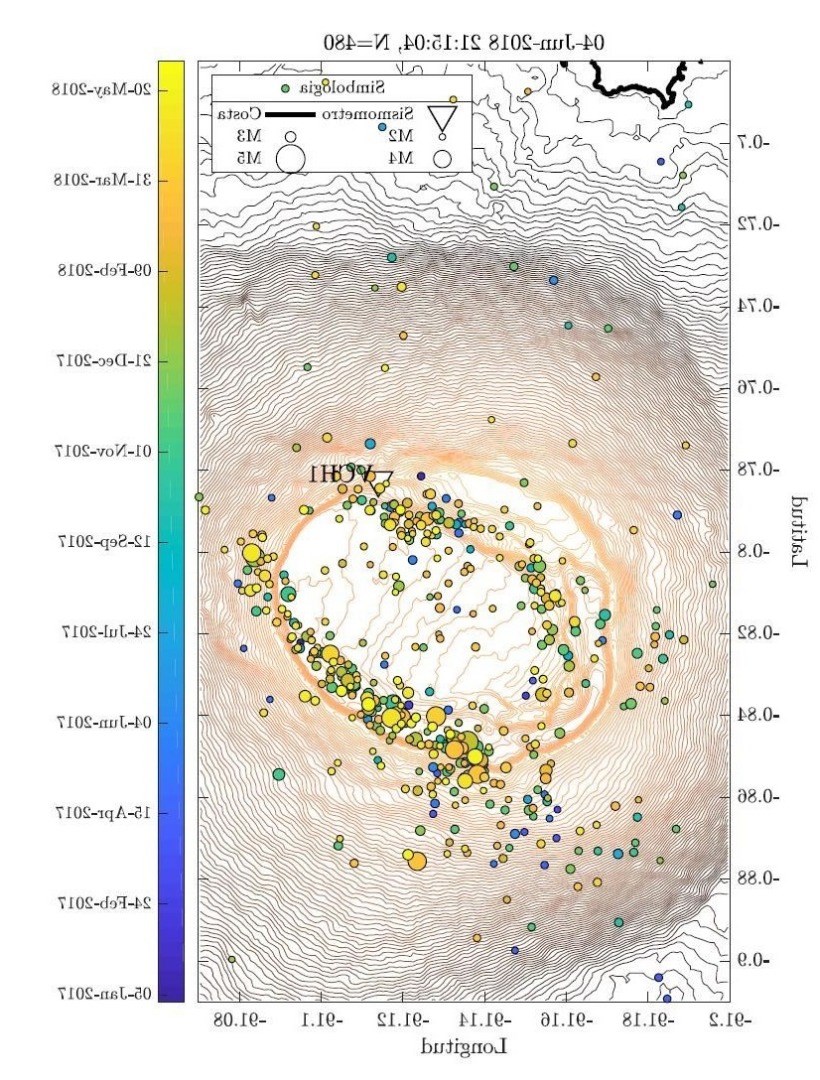 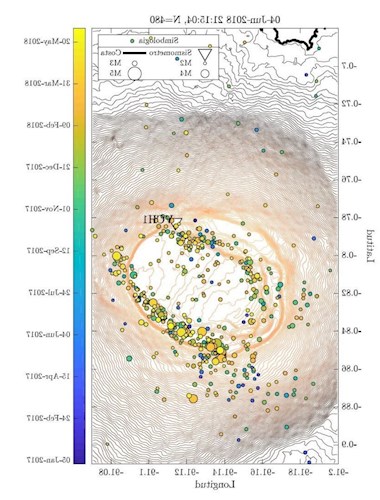