While Sierra Negra volcano on Isabela island had been attracting our attention these past days with its multiple earthquakes (see earlier news item "Is she going to blow?", its sister volcano on neighbouring Fernandina island is the one that erupted today.

I just heard from Walter Bustos (former park director in Galapagos) that an eruption on the outer northern slopes of Fernandina island's "La Cumbre" volcano happened this morning.   Fernandina island is the youngest in the Galapagos archipelago, located on its most westerly edge.  It is considered one of the most pristine "large" islands in the world.   Much of it is covered in lava fields, but there are many areas covered with vegetation.  It is home to flightless cormorants, penguins, the largest colonies of marine iguanas and the Galapagos hawk. 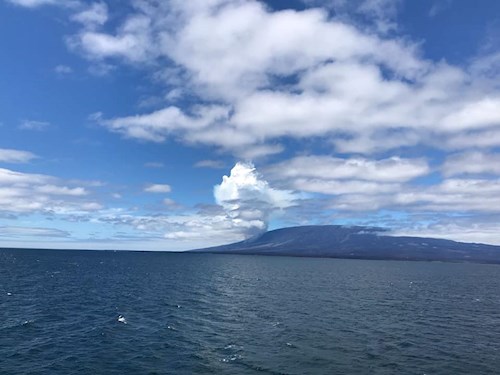 The last time an eruption occurred was on 4 September 2017.  With that kind of frequency, it's easier to understand how these islands are built over tens of thousands of years. 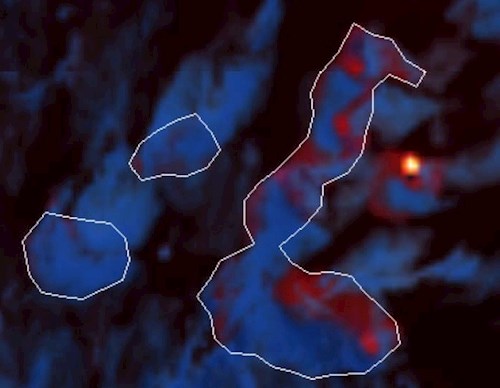 Ironically, we had been keeping an eye on Sierra Negra volcano these past days (Isabela Island).  Let's see if it can outdo La Cumbre....

Fernandina's Punta Espinoza is a visitor site on most ship itineraries.    Lucky are those who might get a chance to see this eruption in progress.  There is no danger whatsoever to visitors as the eruption is quite distant from visitor sites.