Answer: ICONIC nightly show with ties to Galapagos – Question: What is Jeopardy!, Alex?!

This week on the show Jeopardy! there was an entire category dedicated to our favourite Ecuadorian archipelago – Galapagos!

Jeopardy!, an iconic televised game show in the USA now in its 35th season, quizzes its contestants with answers and they have to provide the questions to win money. For example, in the category of “Islands” you might have the host, Alex Trebek, say, “Answer: An archipelago located 1000km (600 miles) off the coast of Ecuador”. The correct way to answer would be, “What is the Galapagos, Alex?” Fun fact: Alex Trebek is Canadian! 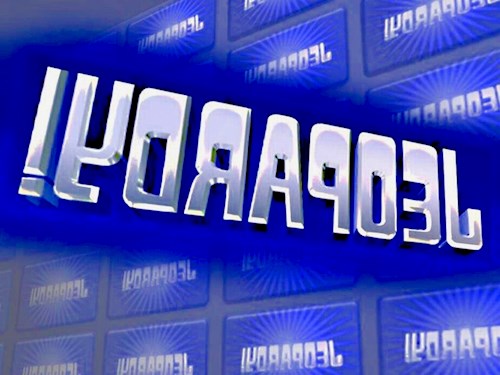 The Galapagos category was part of the first round and we must say, quite the challenge! Some of the answers were about swallowed tailed gulls, ocean-diving mammals (sea lions), a type of plant found on many beaches of Galapagos that changes to bright green throughout the seasons (a type of succulent), and a clip of a “Clue Crew” member working to crush sugar cane in the highlands of Santa Cruz – with the help of a donkey too!

Every year or so, Alex Trebek and some of his film crew and “Clue Crew Members” go to Galapagos. They film questions there while being hosted by one of the higher end ships. During their 2017 trip, CNH Tours’ own Kelsey Bradley (then working for the Darwin Research Station) went onboard to give a talk about the work of the Station. She fully themed her talk to match the style of Jeopardy! and as a thank you, Jimmy McGuire, one of Jeopardy’s “Clue Crew” members (a presenter on the show) gave her a Jeopardy hat and a special thanks. (See awkwardly funny photo below!) 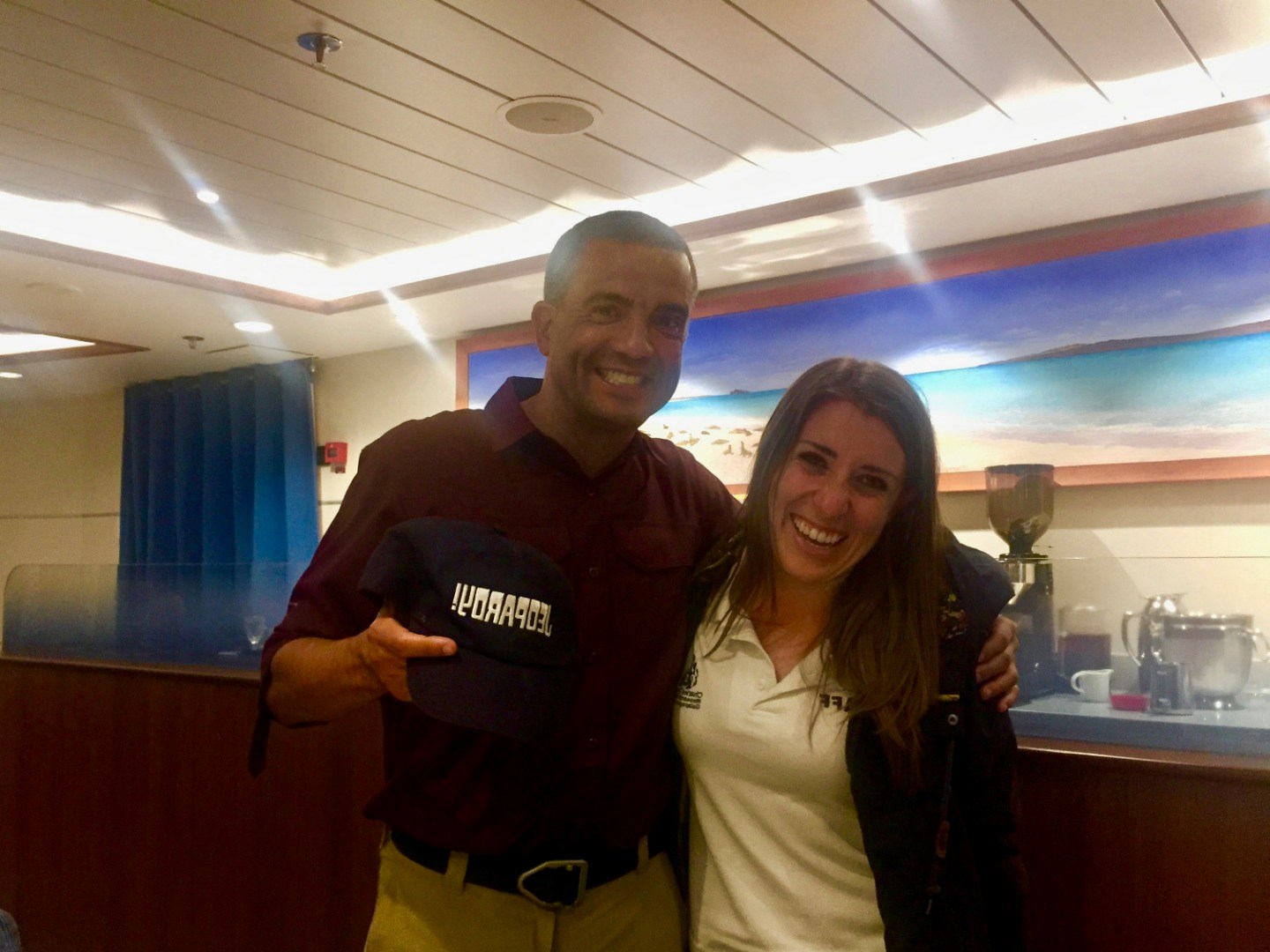 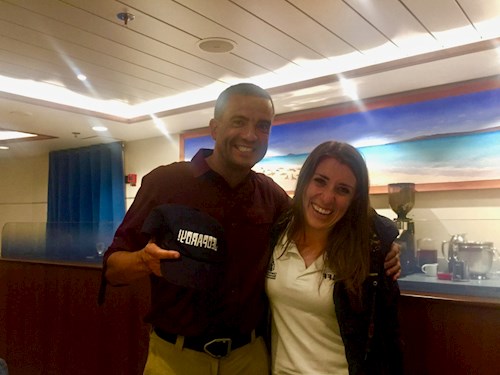 During the episode this week, there was also a “Double Jeopardy” question included in the Galapagos category – answering correctly the contestant would have doubled their wager. The question involved beautiful video footage of two large birds doing their mating dance, and as Alex said from Espanola island, “a waved type of these”. Unfortunately, the contestant didn’t answer correctly, but if you’ve done your research on Galapagos – or if you’re lucky enough to have been – you’ll know that the answer was the “Waved Albatross”.

We always love to see Galapagos pop up out of the blue – even if we spend our days (and nights!) talking about it!