Intrigue, love triangles, jealousy… these are the usual fare of romantic dramas.   But in Galapagos, you need to throw in a bit of food poisoning, extreme thirst, a donkey, some gentleman scientists and yes, mysterious disappearances and a pair of dead bodies on a remote beach to give romance a bit of spice. 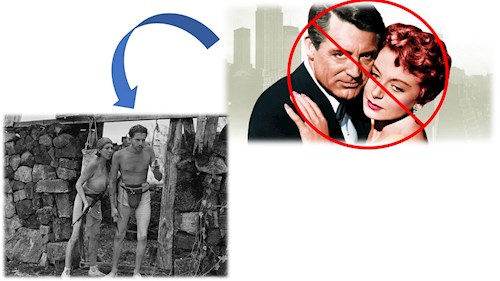 The Ecuadorian embassy in Ottawa invited the CNH Tours team to a screening of the 2013 documentary film “The Galapagos Affair – When Satan Came to Eden” last week.  We extended that invitation to our guests living in the region.   We had meant to see this film for a long time now and were glad to have the chance to do so with our friends at the embassy.

The tale is a well-known one in Galapagos.  During our time there, we’d certainly heard about the racy story of the first settlers on Floreana Island, in the mid-1930’s.   The cast included a pair of German donkey-loving toothless (literally) Nietzsche-reading vegetarian divorcés searching for a garden of Eden; a self-proclaimed Austrian/French baroness, her male attendant and her slave-lover on the lookout for the ideal place to build her “Hotel Paraiso” and all too happy to entertain visiting scientists; and finally, the Baronesses’ neighbours, another German couple who just wanted to tend to their garden. 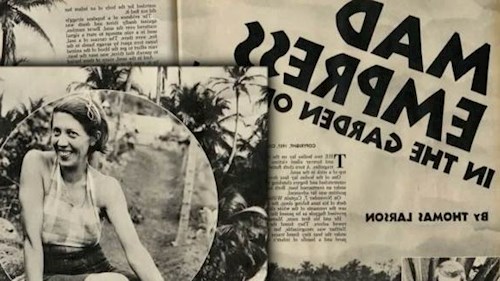 It was a mix that led to high tensions and ultimately catastrophe of one sort or another for all but the garden tending Germans (whose descendants we know personally and who own the Tip Top expedition cruise ships in Galapagos).

At a little over 2 hours, the documentary could come across as long for those not particularly keen or interested in Galapagos.  But if you are a fan of the islands, if you’re planning a trip there, or if you’ve been, you are more likely to appreciate it.

I was very impressed by the quantity of video footage of the group (thanks to the visiting scientists who brought the equipment with them), and quality pictures of the protagonists.   Voiceovers (from Diane Kruger, Kate Blanchett, among others) are used to related the lives of the settlers, with the text taken from their own writings.    The film manages a good mix of old footage, pictures and voiceovers with modern interviews of current Galapagos residents who are old enough to remember life in the islands in those days and also of some of the protagonists descendants and family members.

Overall it was a very well done job at relating the elements of the story.   We were happy to see some of our old friends in the film – namely Daniel Fitter (with whom we used to have the occasional gin & tonic at our home, or with him and his wife at his home), Tui de Roy – a colleague from the Darwin Foundation General Assembly and famous wildlife photographer and her mother Jacqueline (recently deceased).  It was also good to see Claudio Cruz, the brother of my close colleague while in the islands, the late Felipe Cruz.

We recommend this film to those considering a trip to the islands.    It will give you an additional perspective on the archipelago and its early days.   It’s not a wildlife film at all – beyond a few cameo appearances from some of the usual suspects, the film focuses exclusively on the human history there.   Just don’t let yourselves get lured into moving to Floreana in search of your personal paradise… the outcome might be gruesome.