A group of 155 young (not quite giant yet) tortoises were released on Santa Fe island last week as part of the ecological restoration process of the island. 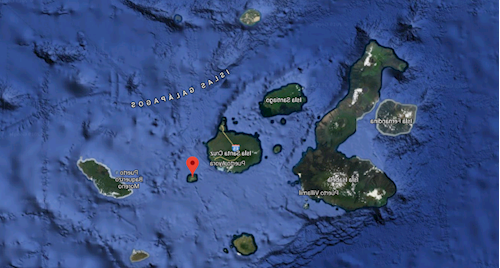 Santa Fe is a relatively small and flat island, located near the heart of the Galapagos archipelago (4km x 6km, or 2.5 miles x 4 miles).  It boasts only one visitor site, at the bottom of a calm inlet.  Calm waters and sandy beaches there are favoured by sea lions, and there's a pleasant hike through a forest of giant opuntia cactus trees that takes the visitor through land iguana habitat. 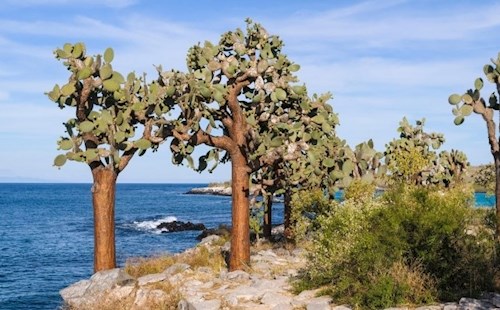 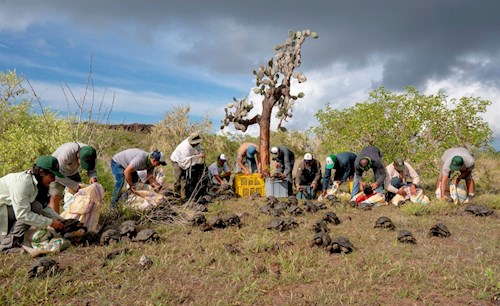 Santa Fe had a distinct species of giant tortoise for hundreds of thousands of years, perhaps longer, but these became extinct soon after humans first started visiting the Galapagos.  The last reported sighting was over 150 years ago.   Ages ago, before humans spread around the world, giant tortoises could be found in many places.  But as humans spread around the world, they quickly (and literally) were transformed into turtle soup, being easy to catch and a rich food source.  They held out for tens of thousands of years longer in remote islands - until humans arrived there.  Today, they survive in only 2 places – the Galapagos and Aldabra atoll, a very remote island north of Madagascar. 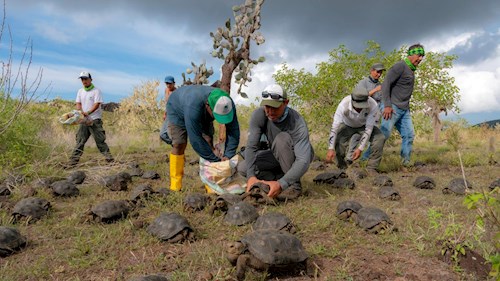 Given the absence of the original species, the Galapagos National Park decided to re-populate Santa Fe using the Española giant tortoises species, considered to be the most closely related of the 12 surviving giant tortoise species in Galapagos.

The repopulation work on Santa Fe began in 2015 with the first liberation of 201 juvenile giant tortoises.   Those tortoises are currently between 10 and 12 years old and are expected to start reproducing in the next 5 to 7 years.  More juvenile tortoises will be repatriated until 2026.  Soon, the tortoise population there should be self-sustaining.   Thankfully, there are no introduced rats on Santa Fe.  These aggressive rodents typically prey on baby tortoises, unable to defend themselves until they are 3 or 4 years of age.

The work was carried out by the Galapagos National Park Service with the support of the Galapagos Conservancy, led by Wacho Tapia, and old colleague and friend of CNH Tours.