Yesterday, the 16 passenger Majestic Explorer ran aground in shallow waters off the northern coast of Santiago Island.   Reports indicate that it happened at 3:30AM.   The ship didn’t immediately sink.   Reports explain that passengers and crew were removed with the help of the Ecuadorian navy.  But it took on water and eventually keeled over.   It’s not clear at this time if the ship is salvageable - but given the remote location of the accident, and by the picture below, it doesn't look good.  Wave action does wonders for tearing a ship apart if it's not secured soon after a grounding.

The Majestic Explorer is a fairly new ship, built in 2013.   It had very large picture windows on all top deck cabins.  Formerly called Majestic, it had been operating naturalist cruises only.  CNH Tours has booked very few guests on this ship over the years - only 4, the last of which had cruised in May 2017.  Our guests had reported being sick on the ship, and we decided to give the ship a pass for a while, to give it time to improve its service before recommending it again.   Earlier this year, it began alternating between naturalist cruises one week, and scuba diving cruises another week.  It changed its name to Majestic Explorer to mark the new operation model.

At any given time, there are up to 65 expedition ships sailing the Galapagos waters.  When operating at full capacity, they can be carrying a combined apx. 1,400 people or so.   Ships operating on average 48 weeks per year (they take time off for annual maintenance).   This kind of accident does happen on occasion.  We have seen perhaps a 6-8 or so such incidents in 20 years.  Very rarely are there any injuries and even more rarely are there any deaths.   But accidents do happen and it's important for anyone considering a cruise to the Galapagos (or anywhere else for that matter - see the river cruise accident in Hungary last week) to understand the risks, no matter how small they may be.

Given the quality of digital maps and the use of modern instruments these days, one is hard pressed to understand how this could have happened, beyond some type of human error or negligence.  Alarms can be set to go off when a ship’s trajectory will have it encounter shallow waters or land.  We'll have to wait and see what the investigation into the accident will reveal. 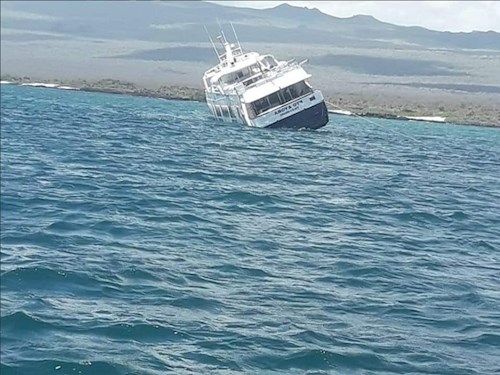 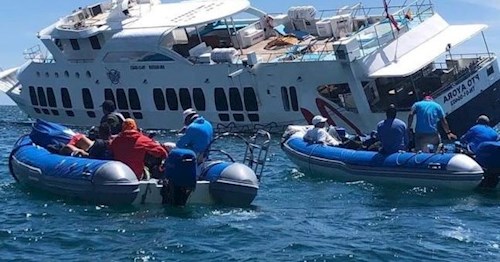 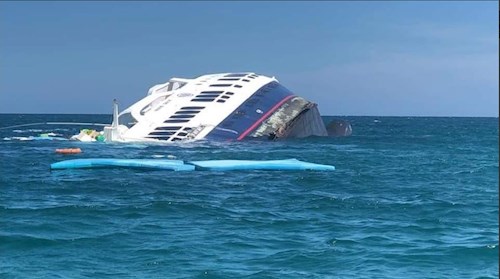