In Galapagos, Celebrity Cruises appears to be sailing into piranha infested waters.

This international cruise ship company is better known for its large high capacity (2,000 – 3,600 passenger) ships with several  pools, hair salons, gift shops, movie theatres and more.   However, in its fleet, three ships stand out for their diminutive size – the Celebrity XPloration (16 passengers) the Celebrity XPerience (48 passengers) and the Celebrity XPedition (92 passengers) - all based in Galapagos.   They’re small because the Galapagos National Park regulations (rightly) don’t allow ships bigger than 100 passengers in an effort to reduce the visitor impact on the fragile ecosystems in the islands (we tend to think that the maximum size should be 32….).

Of the 65 or so ships that ply Galapagos waters, only 3 or 4 carry 90 to 100 passengers.  Another half dozen will carry 48 – 80 passengers, while the vast majority of ships carry 20 or fewer passengers. 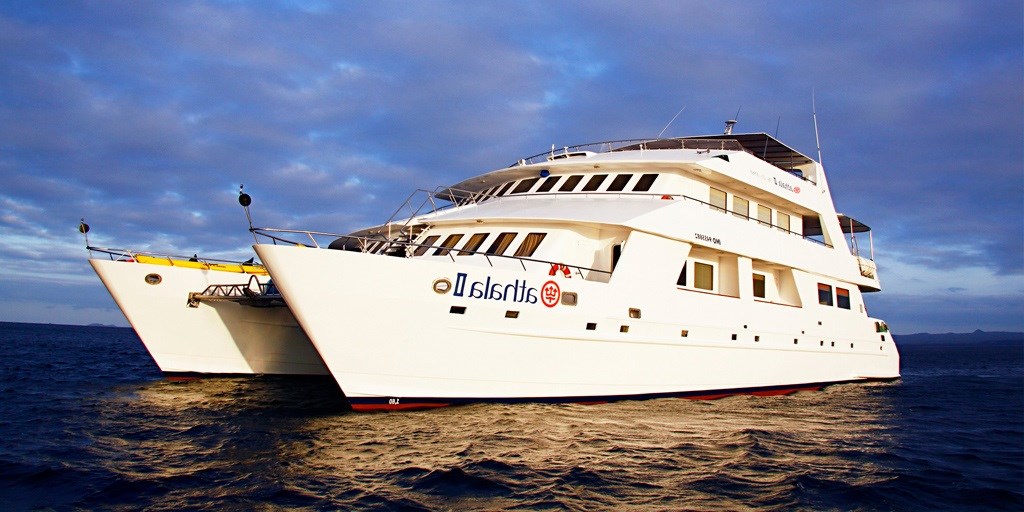 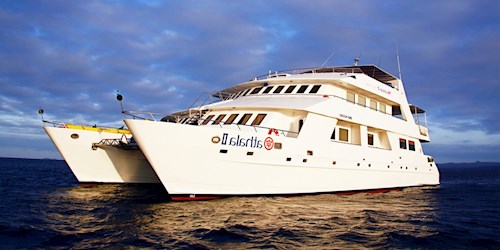 But this was just a temporary measure.  Celebrity’s real objective was to do away with the small ships and replace them with a larger ship, the 100 passenger Flora, set to start operating in the islands in July. 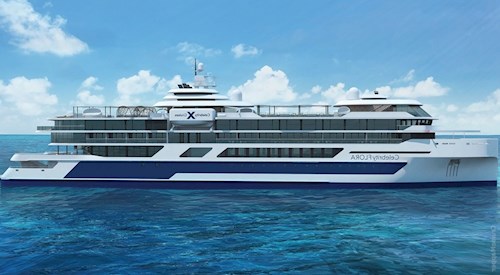 In order to carry out this juggling act, the permit for the Celebrity XPedition had to be transferred to the Flora, and the permits for the two smaller ships had to be combined into a larger ship permit, which would be applied to the XPedition.   With that, the smaller ships would be retired from Galapagos service, and Celebrity would only need to manage 2 large ships instead of 1 large one and 2 smaller ones – ensuring greater cost effectiveness of their operations.

A decree published on 19 June indicated that these permit transfers had been authorized by the Galapagos Regional Government and the Ministry of the Environment (they are jointly in charge of such things).

But it didn’t take long for a loud outcry to be heard.  The push-back among Galapagos residents and local cruise ship stakeholders was so immediate and so strong that these same authorities published a letter on 20 June indicating that:  “given the concerns raised by the citizens of Galapagos… we have decided to suspend the authorization … and will review the process through which it was initially permitted”.

Locals have always been suspicious of a perceived favouritism  given to the large companies over smaller, locally owned and operated companies (real or imagined – Galapagos is also rich in conspiracy theorists!).  They feel that exceptions are made to the powerful big boys, while the locals follow the established rules.   Galapagos social media posts are showing many cries of “foul” and “back-room deals” around this particular transfer of permits.    Some decry the concentration of cruise ship permits into fewer hands, and into international corporate control.  Others complain that large ships with their on-board shops discourage visitors from spending their money in small land based shops when visiting there.

From what I understand, the Celebrity fleet of ships in Galapagos is in a bit of a bind for the time being.  If you are booked on any of these ships, it would be a good idea to contact your agent to confirm your bookings.