What does a Galapagos snake have for Breakfast?

Galapagos snakes are a discrete lot.  I lived in the islands for 4 years and never saw a single specimen.   Considered as “racers” (a general term given to fast moving non venomous snakes found in the Americas), they evolved from a common mainland ancestor into 9 distinct species in Galapagos – an excellent illustration of adaptive radiation (a mechanism of biological evolution - look it up before going on your trip).

A recent BBC documentary captures the thrill of the chase as they try to feast on a marine iguana – see the 2 minute video here (“That was more intense than any scene from any action movie ever!” commented one viewer). 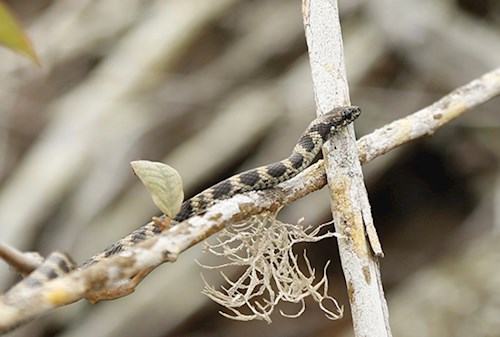 But besides very young marine iguanas, what do they eat?  Scientists studying the snakes just published an article on this very topic.   Briefly, they obtained 79 faecal samples (you’ll have to read their paper to find out how they obtained them) and after analyzing their contents, the found, in order of importance, traces/remains of: 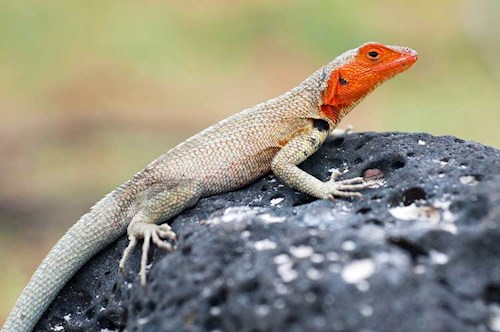 Coffee or tea with that lava lizard?

Besides the results of their field work, the scientists also directly observed snakes eating marine iguana hatchlings (both live and dead).   They also include a review existing reports on the subject matter.  These reports indicate that snakes will also eat land iguana hatchlings, and Galapagos painted locusts (a large colourful grasshopper) and even small coastal fish.

Galapagos snakes are one of many reptilian species in these islands – one of the only places on earth where reptiles continue to dominate the landscape – just like in the age of the dinosaurs.   You might get lucky and spot a few – ask your naturalist guide to help.

See the full scientific paper here (it's only 3-4 pages long).