Rivers of lava flowing down Fernandina

The most volcanically active island in Galapagos is at it again.   Several wide rivers of lava began flowing down its upper slopes yesterday - as shown in the Galapagos National Park Service photo below.   Fernandina most recently and dramatically erupted in June 2018, with lava flows making it all the way to the sea, resulting in fantastic displays of steam and lightning. 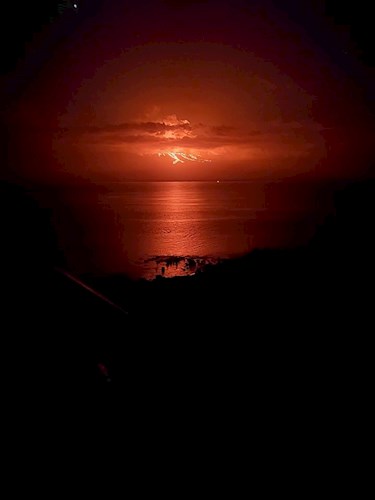 Located on the western edge of the archipelago, this 642 km2 (248 sq mi),1,476 m (4,843 ft) tall island is among the most pristine such islands in the world.   Humans visit only one designated site (accessible by expedition cruise only), while scientists occasionally venture in other parts. 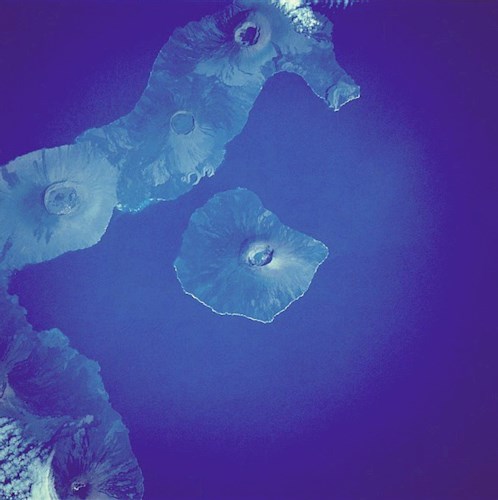 Most recently, Galapagos park staff and scientists carried out expeditions to the upper slopes in search of the lost Fernandina Giant Tortoise.  Last seen many decades ago, occasional signs of a surviving population are spotted.   The expidition in fact concluded that there were still Fernandina Giant Tortoises living on the island.   Chances are that this latest eruption would not wipe them out, as the affected area would likely represent a relatively small fraction of the entire island's surface.

Those fortunate enough to be scheduled for a cruise in the next few days, and having an itinerary taking them to this part of the archipelago, should be in for a nice show.   But hurry - such eruptions in Galapagos typically don't last for more than a few days, or at best, a week or two.