(The following story was translated and adapted from an article that appeared in El Universo, an Ecuadorian newspaper, on 2nd January 2020).

The oldest Galapagos penguin found to date is a nearly 18 year-old female.  She was recently recaptured by scientists from the Charles Darwin Foundation (CDF) and the Galapagos National Park Directorate (DPNG) on Isabela Island.  She was first captured in 2004 when she was approximately two years old, an age at which the plumage is very characteristic for these birds. 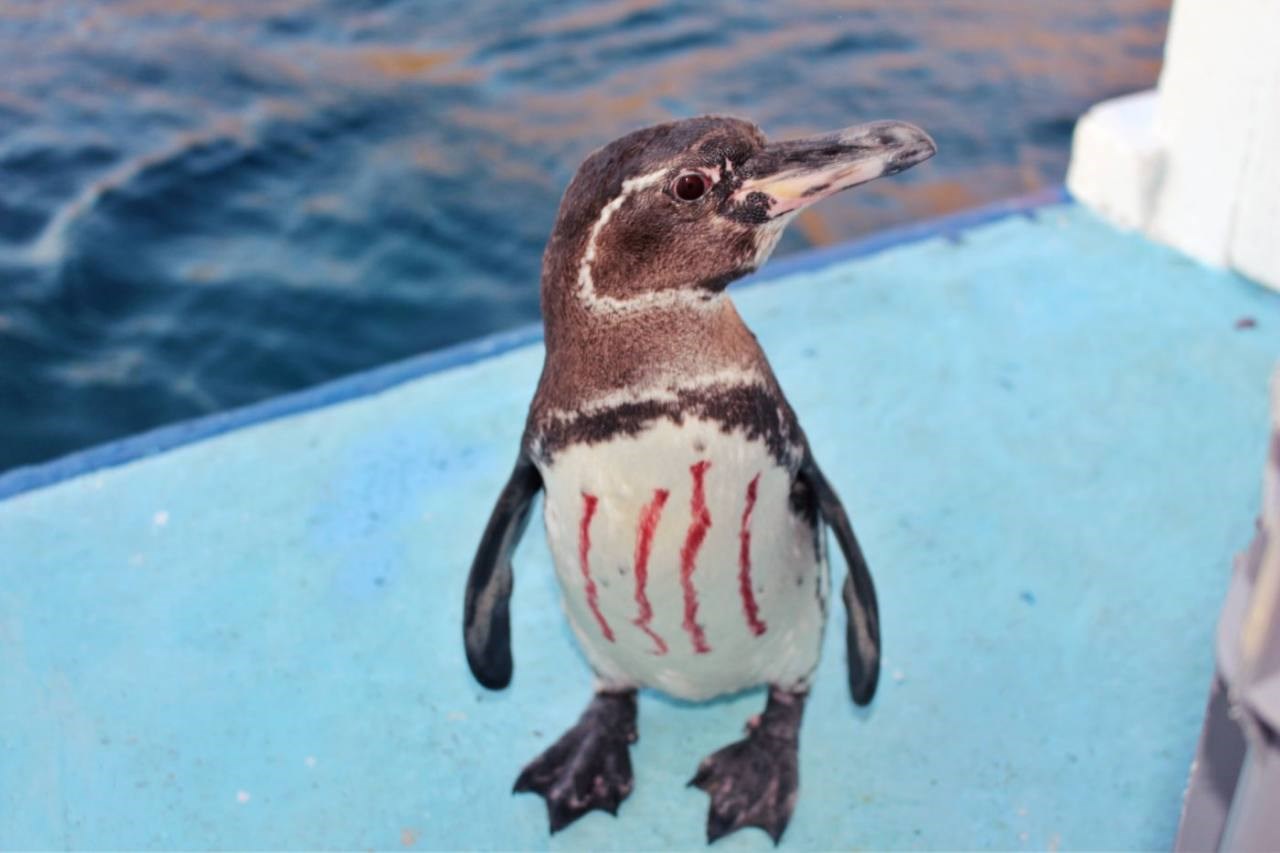 "In 2016 it was recaptured, and with that event,  all previously generated knowledge on Galapagos penguins was set aside because it was thought that this endemic species lived an average of about 11 years. These new findings about its life expectancy allows scientists to suggest new conservation strategies" the CDF says in a statement.

The Galapagos penguin (Spheniscus mendiculus) is the only species of penguin that lives in tropical areas, above the equator. The presence of this species in the Galapagos is made possible by the complex system of cold sea currents, which are very productive.  For this reason, it is known that penguins depend on upwelling areas that facilitate cold currents because typically, cooler waters are higher in oxygen and sustain more life on which the penguins depend for food.

This is why penguins are very sensitive to changes in water temperature.   Strong El Niño events can be devastating to Galapagos penguin populations.   The last such events were in 1982-83 and again in 1997-98.   Warmer waters sustain less life, and penguins can starve to death.

During these two El Niño events, scientists estimated that penguin populations fell by about 60%.. At present, although the population numbers of the penguins in Galapagos have increased, numbers have not yet reached the levels surveyed in 1970.

This species faces other important threats that affect its long-term conservation, such as invasive species (rats and cats) that feed on their chicks, pathogens, parasites and heavy metal contamination that affect their health, and negative human interaction caused by some drifting fishing nets in which they get caught.

The continuation of the long-term research of these birds by the CDF contributes to a better understanding of their current state and provides information that help develop smart conservation actions.

Penguins are attentive parents, spending a long time helping their young grow into independent individuals.  This leads to low reproduction rates.  Thankfully, their long lifespans helps balance things out, ensuring the overall survival of the species.

Their population in the wild, which are quite fluctuating and small, is estimated to be less than 2,000 individuals, making them one of the rarest and most vulnerable bird species on the planet.