On January 31st, my former colleague, Wilson Cabrera, returned from a successful 9 day field trip to the northwestern flanks of Wolf Volcano, located at the top end of Isabela Island.   Here are some of his excellent pictures. 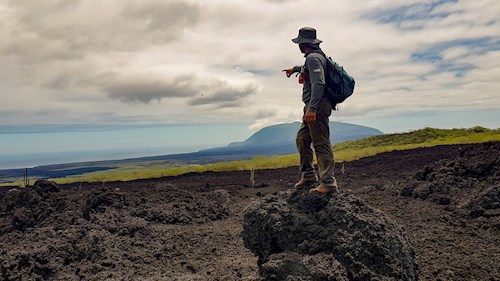 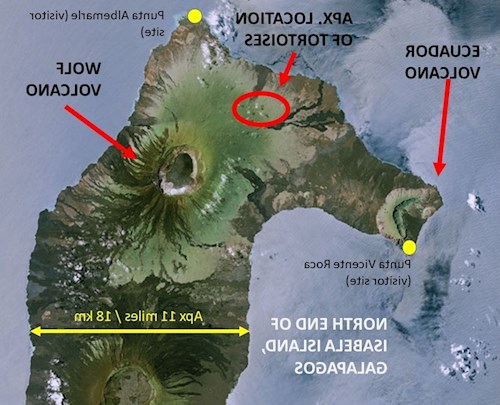 Wilson was part of a 45 member trip to the island, searching for giant tortoises that might be related to relatives from other Galapagos islands that have gone extinct.    The team found 30 tortoises of mixed origin.   The ultimate objective of the trip is to contribute to restoration efforts.   The plan is to re-populate islands that lost their tortoise populations due to human hunting and predation with giant tortoises as closely related to the species originally inhabiting that island roam free again. 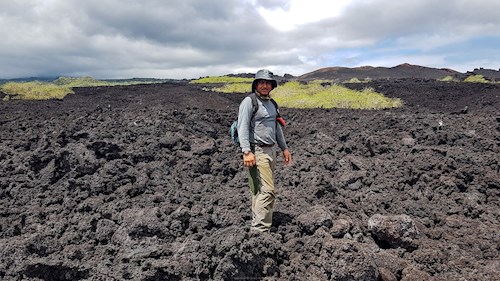 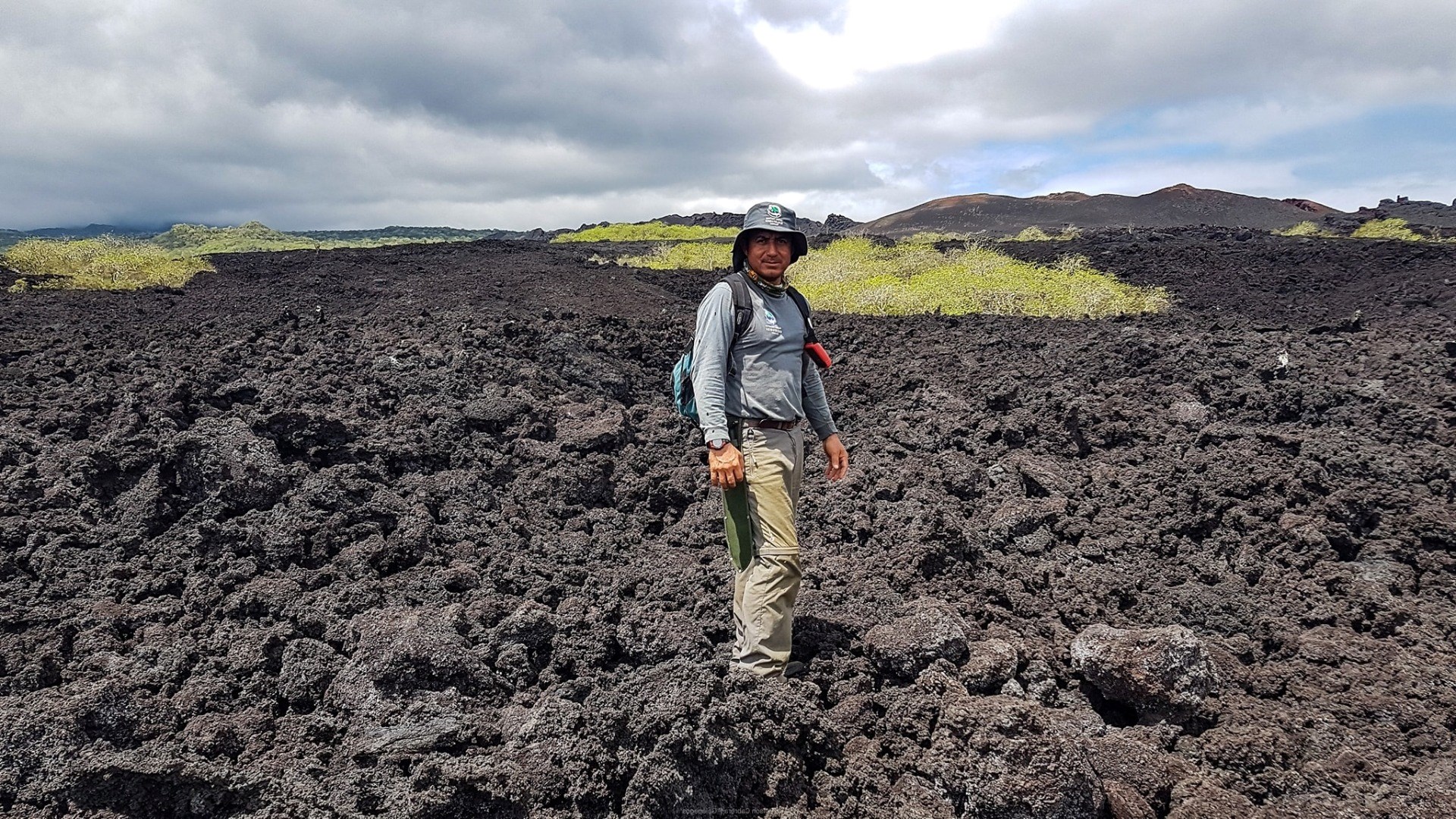 A cousin of Floreana or Pinta island tortoises perhaps.   This fellow (and his friends in the photo below) is possibly having his (or her) first encounter ever with humans. 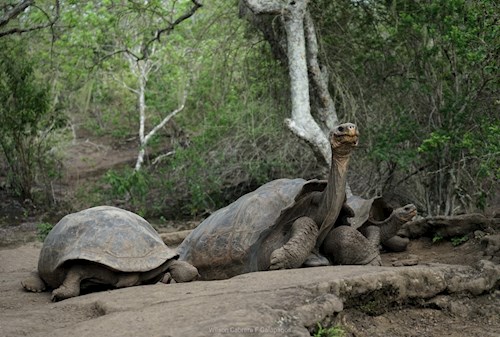 Back in the 1700’s and 1800’s, tortoises were routinely collected by whalers, pirates and other seafarers as a handy food source (e.g. 1700’s, 1800’s).  They could be easily stored on ships and survived for months without food or water.   The story goes that some ships, for one reason or another, would have collected tortoises for Floreana and Pinta Islands, only to have left them on the northern part of Isabela Island.  This could have been due to ship wrecks on Isabela’s shores, or for unknown reasons, the tortoises were dropped off or tossed overboard near the island and managed to make their way ashore (giant tortoises can easily spend weeks floating in the sea).