Why it pays to book with a specialist travel agent...

An article published in the "Stroud News and Journal" today (Stround is not too far from Bristol in the UK) tells the story of a pair of travellers who "finally made it back home!" last Sunday, after getting caught in Galapagos during the COVID-19 border closings. 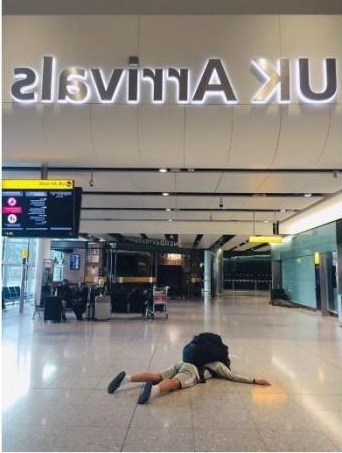 Glad to be home.... 10 days later than anticipated.

We reproduce some of the article below. Clearly, these travellers did not book through an agent specialized in their destination.

These days, it's a lot easier to book things directly on-line.  A flight, some hotels, even day tours.  But when things go wrong, Expedia will not be sending you WhatsApp messages or emails warning you of impending airport closures.   AirBnB will not be in touch to help you find alternative accommodations at midnight.  Travelocity will not buy you emergency air tickets on the last flight out your behalf, on the assumption that you'll pay them back later.

There may be a misconception that "I can get a better deal if I do it myself".  Unless you're singularly focused on the cheapest possible accommodations and trips, you may be right - mostly because few travel agents will want you as a client - they do need to make a living after all.

End result? The client pays the same price, but if he/she goes though an experienced agent, that same client will benefit from a professional who will have his/her back should anything go wrong.

Over the past 2-3 weeks, hundreds of thousands, if not millions of travellers around the world have learned this lesson.   Those who had booked their travels with agents experienced in the destination they were visiting were more likely to have received a tremendous amount of help in dealing with the sudden complications.  Those that were winging it, booking a variety of services on a variety of internet platforms were left to fend for themselves - as illustrated in the case below.

Previous news articles posted by CNH Tours illustrated how we were able to get 17 guests (10 of which were on a ship in the remote parts of the archipelago) out of Ecuador in 3 days. This was the time that elapsed between when we heard, through our high level local contacts, that Ecuador would be closing down airports - to just before airports were closed down.  We spent that time rebooking flights, chasing down the ship, arranging for emergency hotel accommodations, arranging for meals (on us) and a lot more.

Quoting from the newspaper:

The pair found themselves marooned on the archipelago, living in a hotel with no staff, food stocks running low and uncertainty over flights.

All the national parks and beaches were closed and a curfew was in place from 2pm to 5am.

To get back to the UK, Jamie and Abi first had to get to mainland Ecuador - around 800 miles from the Galapagos - and they struggled for two weeks to get on a flight.

But finally, on Friday morning, they secured tickets to Quito, the capital of Ecuador, on one of the last emergency flights available.

“We eventually got saved by our airline- Avianca - that we previously booked an exit flight with,” said Jamie.

After a brief medical check, Jamie and Abi headed for the airport, where they queued with hundreds of other tourists before flying to the mainland.

"We left on the last emergency flight available for some time," said Jamie.

“We then had one night in Quito.

"We wanted to stay by the airport to ensure we could get there quickly to take any potential flights.

“The only option close to the airport was five star hotel, the Wyndham."

Jamie then stayed up until 2.30am, looking for a way home.

“I managed to book a flight to Houston, Texas with United Airlines for the next day, as well as two flights the following day to Newark, New Jersey and then onto London, to eventually arrive on Monday morning,” he said.

“We had a 14 hour layover in Houston but we managed to get a nearby hotel for the night. We shared a room with a girl from Cambridge and a guy from Australia who were trying to get home too.