The Casanova of Galapagos Returns Home

The true Casanova of Galapagos, Diego, a giant tortoise, has been returned back to his home island of Española. This return has been many years in the making and was only done now as he has retired from being the primary re-generator of his entire species (Chelonoidis hoodensis). In truth, Casanova didn’t actually have a leg to stand on compared to Diego. 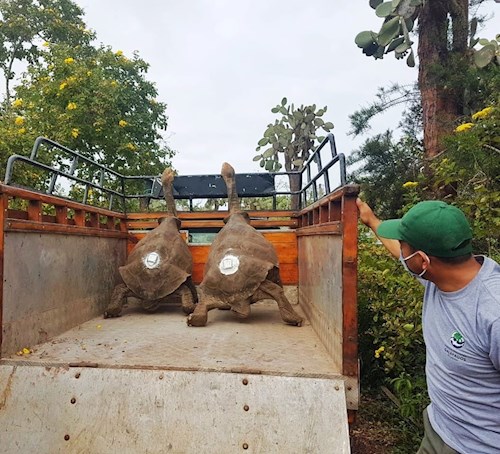 The Galapagos giant tortoise breeding program, originally created on Santa Cruz Island in the 60s as a joint effort between the Galapagos National Park and the Charles Darwin Research Station, has been an enormous success. Upon initiating this program, the Española species specifically had only slightly more than a dozen individuals. Thanks to all those involved, especially Diego and his various partners, his particular species now has nearly 2,000 individuals. Diego made his way from the San Diego Zoo in the U.S., to the Research Station on Santa Cruz Island in Galapagos, and now to Española.

Yesterday, park rangers from the Galapagos National Park (GNP) and a lead scientist, moved Diego (and some of his offspring) from the Research Station on Santa Cruz Island back to Española Island.

How did Diego travel home? Well, it’s not like he checked his luggage, grabbed his boarding pass, then waited in the departure lounge for a flight to Española. The rangers and scientist first placed him (and others) in a GNP pick-up truck, for the short drive to the pier. From there they were loaded into dingys (also referred to as Zodiacs), to be brought to the ship that made the traverse to Española. 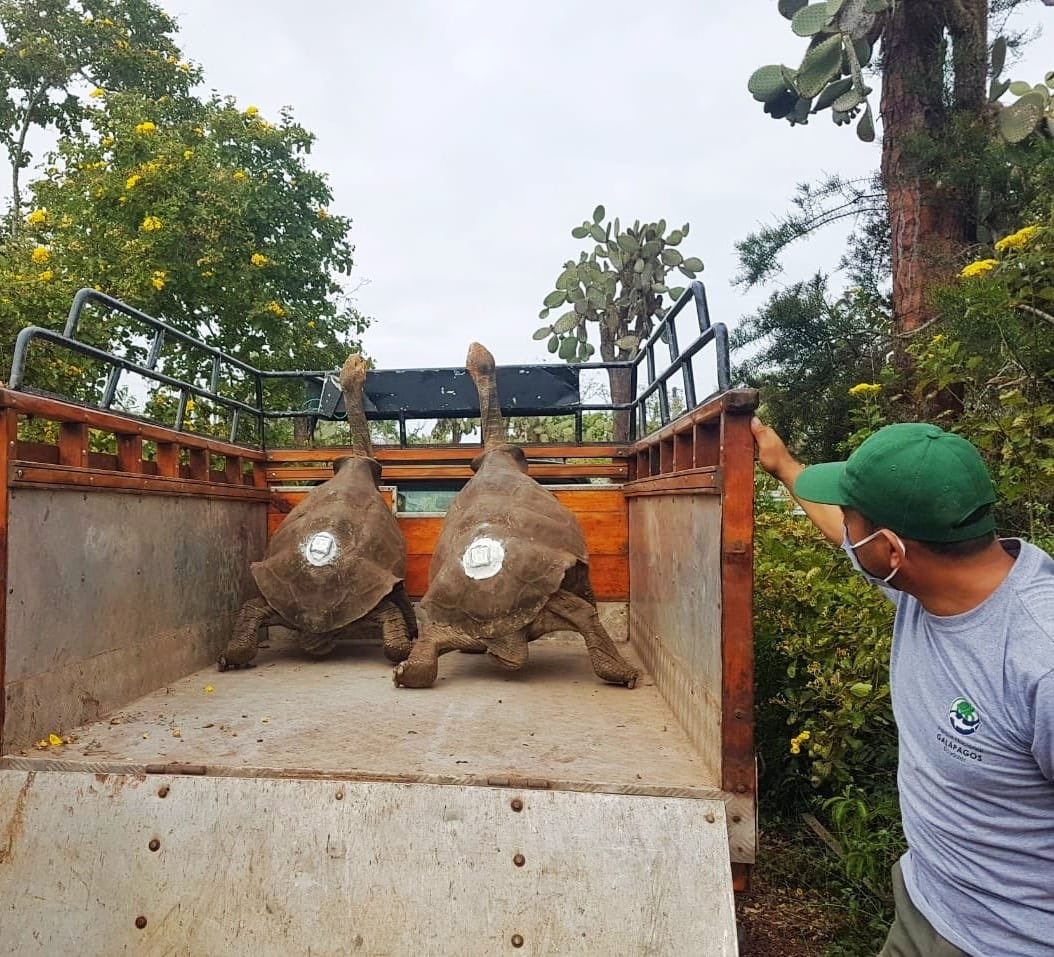 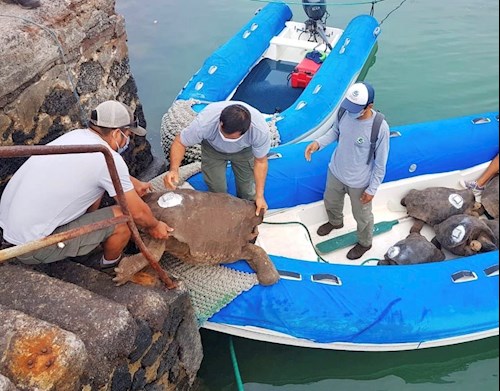 Out for a ride (Photo credit - Galapagos National Park Directorate)

Once unloaded onto Española Island, they then had to carry them up to the correct vegetation zone and area of the island. (Grown males can weight more than 400lbs/227kg -- luckily Diego is about 175lbs/80kg.) How exactly did they carry them? The GNP kindly shared photos of that brilliance… 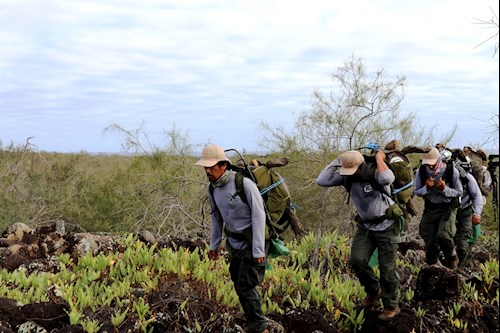 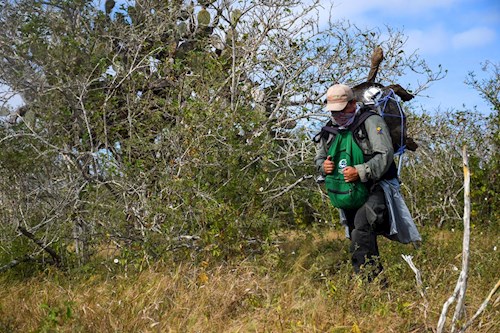 Above Photos - courtesy of the Galapagos National Park

For most of the CNH Tours group (Heather, Marc, and Kelsey), we all at one point or another had Diego as our neighbour at the Research Station. It was a pleasure to see him often just down our local path, but we are all certainly glad he’s now back home.

Lead scientist and park ranger, after the long trek -  Photo courtesy of the Galapagos National Park