World Albatross Day was celebrated for the first time this Friday, June 19, 2020 with the purpose of reinforcing the conservation of this species that inhabits the Galapagos Islands in Ecuador and is in danger of extinction. 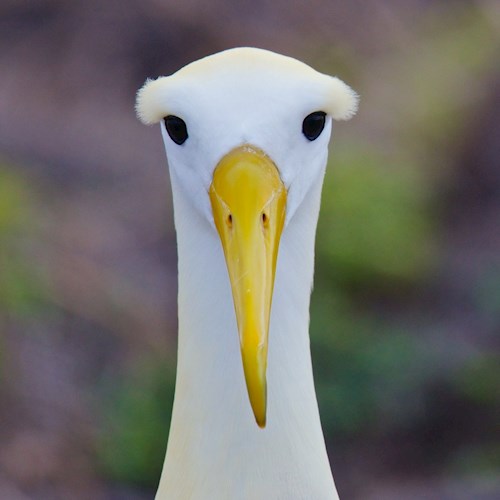 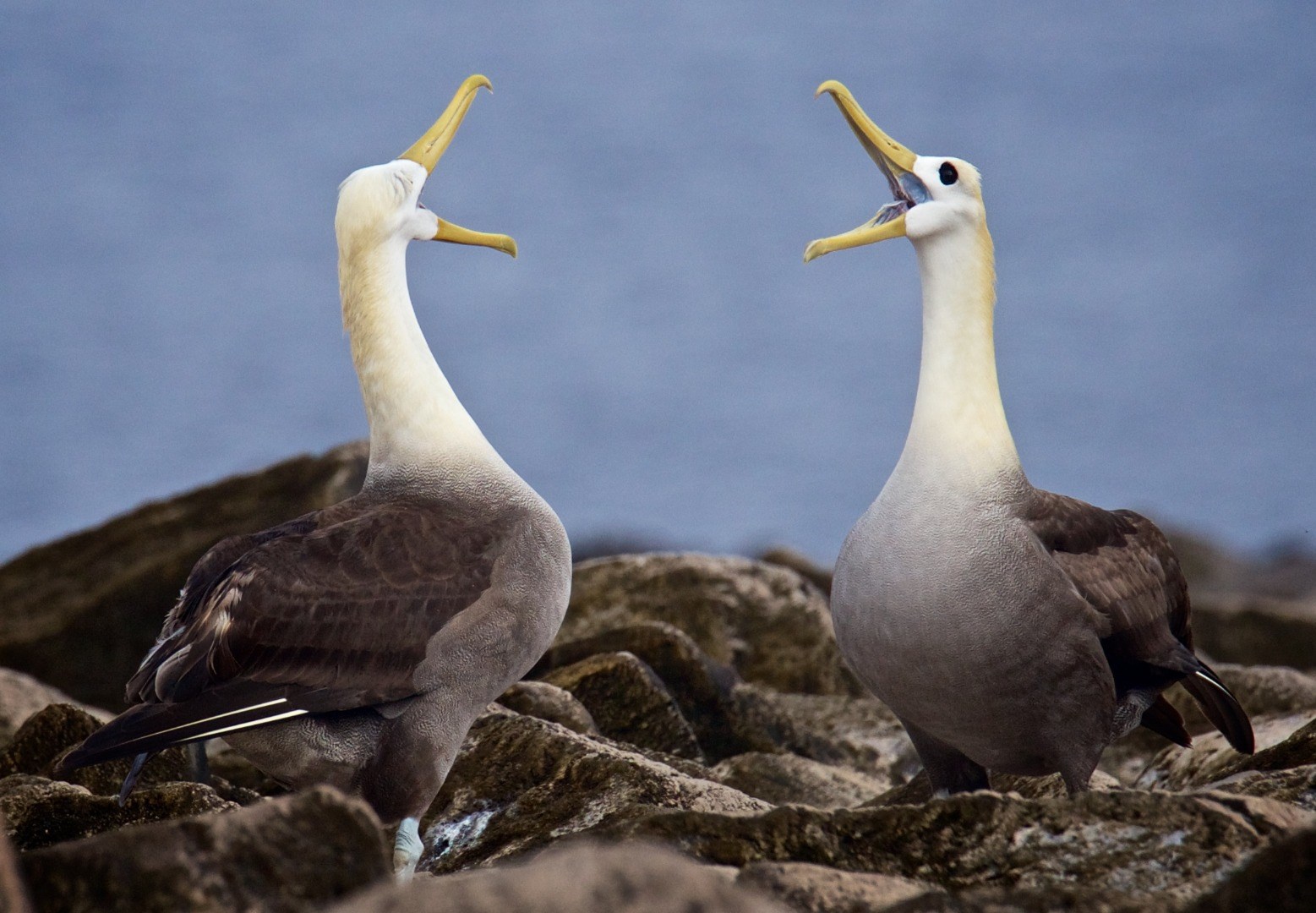 "This date has been chosen by the Albatross and Petrels Conservation Agreement (ACAP), to honor these magnificent birds and highlight the current conservation crisis that threatens them," the agency said in a statement.

In the Archipelago you can find the Galapagos Albatross (Phoebastria irrorata), also known as the Waved Albatross, which unfortunately is in critical danger of extinction. According to the Charles Darwin Foundation, this bird is threatened by invasive species such as mice, rats, cats, and pigs. Also, fishing nets and hooks put albatrosses at risk, resulting in thousands of albatrosses and petrels killed each year.

The Waved Albatross gets its name from the form of waves when drawn, that depict the wings of the adult specimens. This species has a characteristic yellow or cream neck, a long bright yellow beak and blue legs.

Some interesting facts about the Galapagos Albatrosses is that they begin reproductive activity at six years of age and lay only one egg a year. This species can live up to 40 years. They live mainly on the Española Island and in the non-reproductive season, they fly to the coasts of Peru and Ecuador. 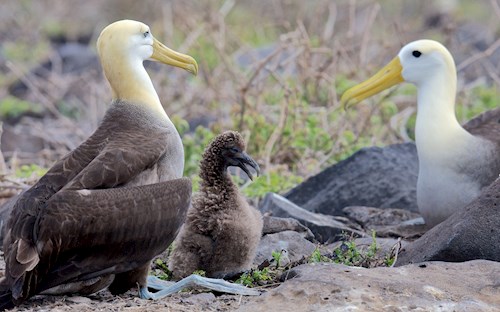 According to the Ministry of Environment of Ecuador, in Galapagos there are about 10,000 pairs of albatrosses.

The best time to see the Waved Albatross in Galapagos is during late April and May. In April, you are able to see their arrival to the Archipelago from Ecuador’s mainland coasts, and the wonderful courtships begin; while in May, they start laying their eggs. They are present on Española Island until December of each year, before they head back out to sea.

The Waved Albatross will be waiting for you! 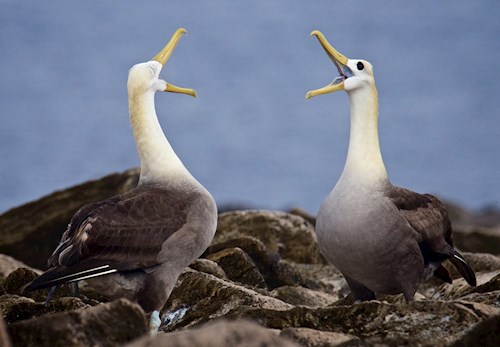 All images have been generously provided by our friend, Peter Norvig. To access his incredible online gallery, please visit through this link.