CNH Tours is "copy-pasting" the press release published by the Charles Darwin Foundation today.   All of us here at CNH Tours worked for the Foundation - we have a collective 16 years of experience working there.  So it's understandable that we feel that we have a bit of ownership issues!  One of us is even an elected voting member of its General Assembly.  The Foundation's main activity is running the Charles Darwin Research Station.

“On behalf of the Board, the Selection Committee and everyone at CDF, we are delighted to welcome Dr. Zahawi to the Charles Darwin Foundation,” said CDF Board President Hans Van Poelvoorde. “Rakan impressed us with his deep experience as a field station director, his accomplishments in conservation science, his vision and his passion for community building.”

Dr. Zahawi was most recently Director of the Lyon Arboretum at the University of Hawaiʻi, Mānoa, and was previously director of the Las Cruces Research Station in Costa Rica (part of the Organization of Tropical Studies) from 2006-2016. As the co-author of more than 60 scientific publications, it is his commitment to world-class science in the interest of conservation that stands out. In 2017 he was awarded the Theodore M. Sperry Award by the Society for Ecological Restoration for his contributions to the field. Dr. Zahawi holds adjunct faculty positions at Duke University and the University of California, Santa Cruz. His research focuses on assessing cost-effective methods to accelerate tropical forest recovery in degraded habitats. 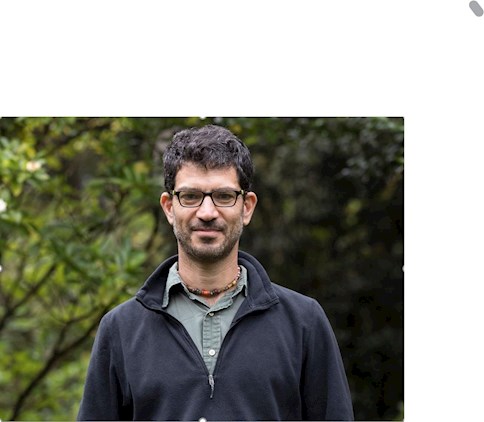 Dr. Zahawi earned a B.S. in Botany from the University of Texas at Austin and M.S. and Ph.D. degrees in Plant Biology from the University of Illinois at Urbana-Champaign. His master’s degree was based on fieldwork undertaken in northwestern Ecuador at the Maquipucuna Reserve. He has also worked in many other areas of the Neotropics. Dr. Zahawi speaks fluent Spanish, English and Arabic, as well as conversational French and Italian.

“I am very much looking forward to joining CDF and to furthering its legacy of conservation and protection in this iconic archipelago,” said Dr. Zahawi. “The Galapagos Islands are unparalleled in the world—unique both for their role in advancing our understanding of evolutionary science and as a place that captures the imagination of anyone interested in the living world around us. I hope to leverage the spotlight on Galapagos to bring attention to the conservation needs of not only the archipelago and its people, but also of its role as a global model of smart environmental stewardship. This remarkable archipelago is a showcase of best sustainable practices and a powerful example of a strong conservation ethic.“

Devoted to bringing together diverse interests to advance research and conservation in natural systems, Dr. Zahawi’s extensive experience working with scientists, local communities, governments, donors, and a wide international network will enhance CDF’s work in benefit of the Galapagos Archipelago.

Gabriela Sommerfield, CDF treasurer and member of the selection committee, noted that “Dr. Zahawi is a world-class scientist, conservationist and leader, who has a record of building organizations.”

Dr. Hernán Vargas, longtime CDF General Assembly member and the first Galapagos permanent resident who was granted a PhD in 2006, added “Great science has always been one of the hallmarks of the CDF. Given his ability to bring scientists together from many different backgrounds, I look forward to working with Dr. Zahawi to strengthen CDF’s support for the conservation of Galapagos in harmony with the sustainable development of resident human communities”.

Dr. Zahawi takes over from Interim Executive Director Dr. Maria Jose Barragan, who will continue as Science Director. The Board extends its great thanks to Dr. Barragán, who has admirably led the Foundation during this transition. The Board also thanks the 10-person Selection Committee appointed in March 2020, which included board members, representatives from the government of Ecuador, independent scientists, and leaders of non-profit NGOs.