We asked our good friend, the charming Fernando Ortiz, for his thoughts on the upcoming national elections in Ecuador.    Fernando is a long-time naturalist guide, organizer of the Galapagos Triathlon and father to two daughters and husband to another naturalist guide.   The first round takes place this Sunday, followed by a 2nd round for the 2 candidates having received the most votes, on 11 April.   In his words:

By law, 48 hours prior to election day, there must be no politician´s propaganda to give citizens quiet time to reflect on our vote. But until then the blaring, screaming, chanting, squealing, lying, empty promising and dream (nightmare?) weaving is noisy, relentless and furious.

Ecuador is in dire straits.  8 years of surfing the previously High Priced Oil Wave (Ecuador´s main export), mortgaging the country´s future at mafioso interest rates, followed by an awakening to a sudden low-price commodities reality and a huge mounting debt to honour, plus corruption at levels never ever seen in our republican life, have taken us into a deep hole, made deeper by Corona virus and its consequences.  Using a sadly fashionable comparison, Ecuador is in an Intensive Care Unit, surviving out of the money the IMF is puffing into our lungs.

There are 16 (!!!) presidential wannabes. It is either a display of selfish bravery (Who wants that job?!?)  or foolish bravado.  According to polls, 13 of them are such unknowns that they will only be receiving votes from their closest relatives and friends.

Three of them are fighting for the first 2 places to go to a second round.

The final run-off vote (11 April) will be in between a populist candidate sponsored by the very same guy that took Ecuador into its darkest hours, or a banker who represents everything the left-wing camp recognizes as evil (self-made, rich, conservative). The third one is a long-haired saxophone player, articulate but not bright... idealist, almost new to politics but surprisingly popular amongst certain ethnic groups.

I love democracy even though it is not perfect.  I like to think that my ballot is worth the same as everybody else´s.  I just wish my people would realize that neither legislation nor politicians are going to give us anything that has not being produced through our own efforts and honest sweat.  Do not trust freebies, they cannot last forever.  We all should be rowing in the same direction.  Wish and demand for an honest job, safe streets and room for working towards a healthy, green, plausible future.  Not only for my compatriots, but for mankind. 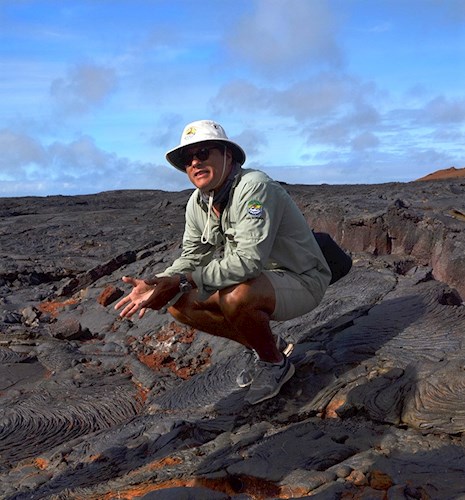