Record-Breaking Weekend Ahead in Ecuador

Ecuador will elect its new president on Sunday, February 7

As never before in the history of this country, Ecuador will have to choose between 16 presidential candidates. 16? Yes, that´s right! A really big number of candidates.

There is a wide range of personalities amongst the candidates: businessmen, bankers, an indigenous representative, a Church pastor, and even a singer.

Unfortunately, there is no electronic voting in Ecuador, and since voting is mandatory in our country, all citizens, between 18 to 65 years old, must go to vote on Sunday. However, it is estimated that there could be a lot of absences due to the pandemic. 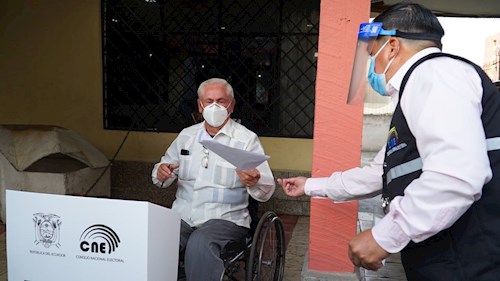 On Thursday, the voting was carried out in prisons and on Friday some elderly people, or people with severe disabilities, voted at home. This is a special service offered to people who want to vote, but due to different circumstances, they cannot go to the voting locations on Sunday.

Due to the pandemic, the authorities have established some protocols to follow:

According to the polls, the candidates with the best chance of winning are Guillermo Lasso, who represents the center-right, and Andrés Arauz, who is the candidate of the political group of the ex-president Rafael Correa – defenders of the famous socialism of the 21st century.

So, Sunday will be a very decisive day for Ecuador. As an Ecuadorian, I can only hope that we all vote with our conscience, and thinking about the future of our beloved country.