The young man had recently finished the Tour de France, coming in third there, while having come in first in the 2019 Gira d'Italia. 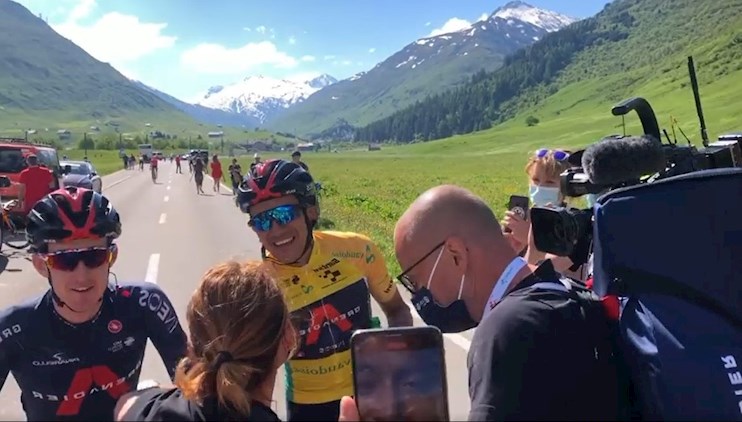 At CNH Tours, we've seen the jubilant and boisterous celebrations that follow national victories in sports.  We fully anticipate that Galapagos cyclists, and many other Galapagueños will be out in full force in the streets today, shouting "CA-RA-PAZ!" and "E-CUA-DOR!".

In Galapagos, there has been a growing "cyclism" movement.   As most people live within 2-3km from just about all they need, most destinations are within a 4-5 minute bike ride.  Recently, public funds were made available to put in several kilometres of dedicated bicycle paths both in town and on the road to the highlands.  The very clement climate, the relatively flat land on which the town is built, and the desire to reduce noise and pollution from vehicles provide for a good rationale for that kind of investment.