Even Bill Clinton was there.  Earlier this month, the presidents of Ecuador, Colombia, along with senior representatives from Panama and Costa Rica and Colombia met up in Galapagos to witness the signing of the decree that expanded the Galapagos Marine Reserve by almost 50%, as promised by Ecuadorian president Guillermo Lasso at the Climate Change conference in Denmark last October.

The expansion is designed as a contribution to a protected marine corridor, linking Galapagos to other marine protected areas in the region – namely Cocos Island (Costa Rica); Malpelo Island (Colombia) and Coiba Island (Panama). 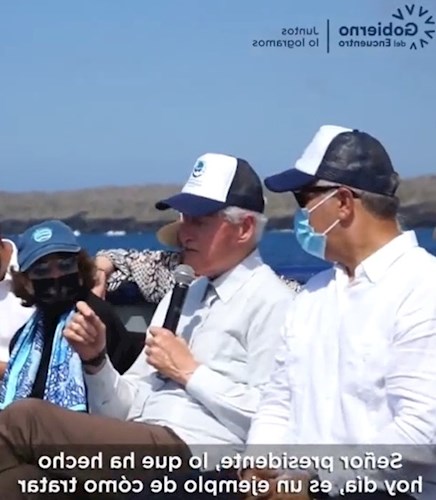 I was involved in the early stages of this effort, while working at UNESCO’s World Heritage Centre in Paris.  At that time, I was managing projects financed by donors in support of this effort, ensuring funds were distributed according to plan and helping organize meetings between major stakeholders.

Tremendous effort went into understanding the validity of such a marine corridor.  Would it make a difference to marine conservation?  Did marine species actually move along this path?   Unless that could be determined, there was no justification for that configuration of the marine reserve expansion.

Thanks to many years of work, marine scientists were able to demonstrate that the corridor was in fact used by a variety of species, including hammerhead sharks and whale sharks, as they moved about in the region.   The decree creating the reserve gives the fishing community six months to complete and fishing plans they had in the region, after which time no fishing whatsoever will be allowed in much of the new reserve, while fishing will be permitted in a small part, the indiscriminate practice of long-line fishing will be banned.  Long-line fishing involves very long lines with hundreds of baited hooks.  These invariably catch a variety of unintended species such as sea lions, albatrosses, sharks and more. 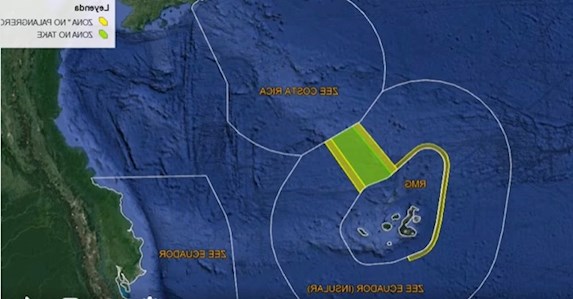