Darwin in Galapagos: Where exactly did he go?

On 15 September 1835, Darwin first set foot in Galapagos. He left on the 20th of October - 5 weeks later.  It was a short stop on a nearly 5 year journey on the Beagle - but his observations there helped him gain an understanding of how species change.

But what did he do in Galapagos?  Where exactly did he go?

Long time naturalist guide, Greg Estes, with help from his wife, Thalia Grant, and her father, famous Galapagos finch expert, Peter Grant went through all the records of the time to retrace Darwin's footsteps.  And then they embarked themselves to duplicate his journey.  The result is a detailed and fascinating 25 page article entitled "Darwin in Galapagos: His Footsteps through the Archipelago". 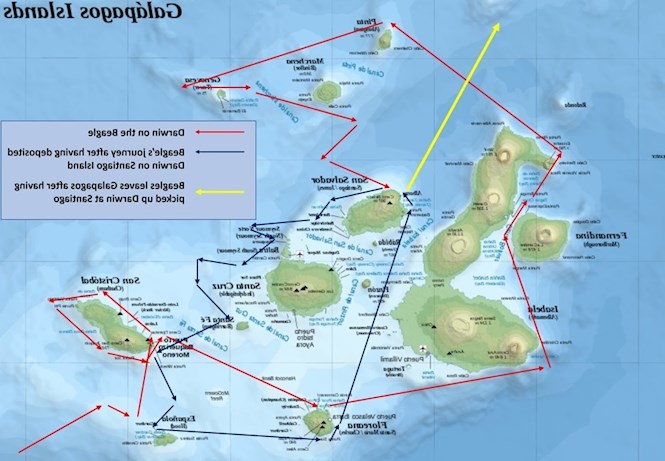