Flight to Galapagos: Keep your mask on and keep your friends

This past Sunday, an Avianca flight from Quito to Galapagos, via Guayaquil, arrived a few hours late at its final destination thanks to one passenger who decided to make an anti-mask stand on the Quito-Guayaquil leg of the journey.

From reports, the Avianca crew didn't do anything about it at first, but eventually, the other passengers made such a fuss that the entire plane had to be offloaded to settle the issue.

Moral of the story:  Don't make your anti-mask stand on a plane fully loaded with tourists who have been dreaming about Galapagos for years. 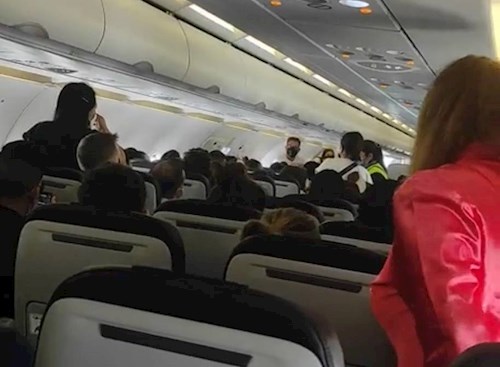