We've been going to Ecuador since 1996.  Back then, it still came across as an isolated country off the beaten path, struggling to move on from the 1950s.  The only chocolate we could find was imported from the USA.

Today, a visitor will feel that Ecuador has joined the global community.  Besides new airports and highways, gleaming new buildings, fancy restaurants and shops, one will take note of the explosion in chocolate products, all very well presented (Ecuador exported US$940 million worth of cacao in 2021).   One of the best known chocolate companies in South America is Ecuadorian - Republica del Cacao (we'll never forget the creamy, fragrant hot chocolate we had at the Lima airport in Peru at 4AM... best breakfast ever!) 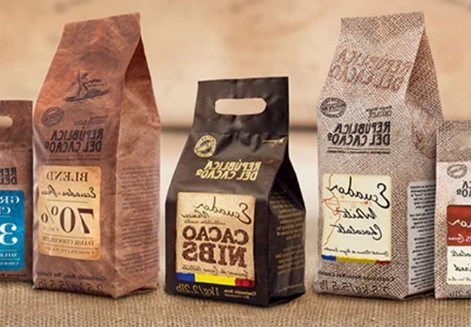 Another well-known Ecuadorian chocolate company is Pacari.  Not only do they produce a wide variety of chocolates, but they also developed many "visitor friendly" products, such as a top-drawing museum in Quito (includes tasting...) and even multi-day chocolate tours in the country. 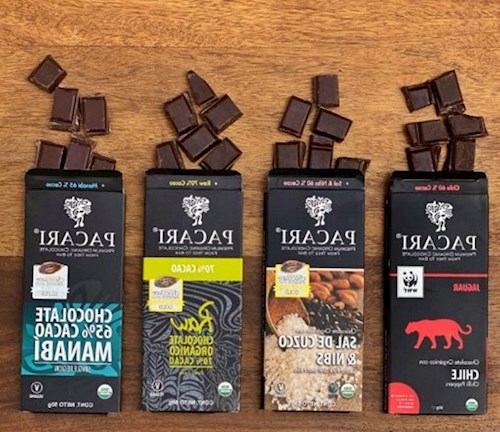 It turns out that the cocoa tree was first domesticated, and beans harvested in what is now the Ecuadorian Amazon, 5,500 years ago.  In an article published by Ecuavisa on the 12th of September, that finding was explained.   Thanks to Google Translate (no editing from us), we reproduce it below:

A study by the anthropologist Francisco Valdez, carried out together with a group of French researchers, conclusively demonstrated that the domestication of cocoa took place in the Ecuadorian Amazon almost 2,000 years earlier than in Mexico, where this fact had historically been located.

In this way, it was determined that Ecuador is the cradle of the origin of cocoa, nullifying the belief that it came from Central America. For this reason, this September 12, the government decorated the author of this discovery for his contribution to Ecuadorian archaeology.

Valdez's study places the domestication of cocoa for the first time specifically in the Palanda canton, located in the Amazonian province of Zamora Chinchipe. 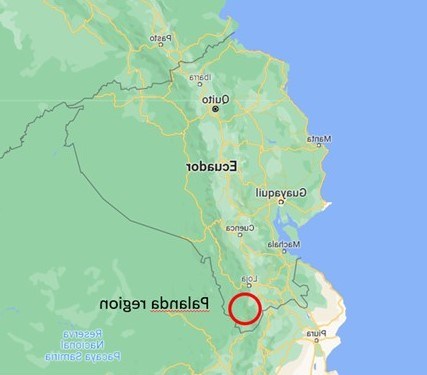 "The fact that our ancestors domesticated cocoa 5,500 years ago reinforces our identity," said President Guillermo Lasso during the "Ecuador, Origin of Cocoa" event; where he decorated the anthropologist Francisco Valdez with the National Order of Merit, in the rank of Commander.

On this topic, seven prominent French chefs, pastry chefs and chocolatiers are visiting Ecuador this week to learn about the origin and value of cocoa and, at the same time, discover the quality of national cuisine and promote the country brand.

On a tour of Quito, Guayaquil, Cerecita, Naranjal and Palanda, the guests will learn about the gastronomic variety offered by the country and the current development of cocoa, the French Embassy said in a statement.

The agenda includes meetings with chefs, academics and businessmen from the sector, visits to specialized farms, production plants and a historical journey to the roots of the domestication of cocoa.

Together with Valdez, leader of the investigation in Santa Ana-Palanda, an area where the Mayo-Chinchipe-Marañon culture settled, the French will visit the archaeological site where proof was found that the origin of the domestication of cocoa dates back a few 5,500 years in the Ecuadorian Amazon.

"This is almost 2,000 years before Mexico, where this event had historically been located," the French Embassy in Ecuador said in a statement.

The letter also pointed out that "this discovery that changes history is supported by numerous international scientific studies that confirm that the first place on the planet where humans used cocoa was in the current territory of Ecuador."

Among the guests, who have stood out in different fields of French cuisine, are Guillaume Gómez, who received the title of best craftsman in France at the age of 25, which made him the youngest winner in history in the category of kitchen.

In addition, Christelle Brua, recognized as "best pastry chef of the year in 2009" and who currently works in the kitchens of the Elysee.

Also visiting Ecuador is Davy Tissot, who since 2004 has held the title of best craftsman in France; Christophe Marguin, who has received gastronomic awards such as "a Prosper-Montagné and the Pierre Taittinger International Culinary" (1996).

Among other visitors, there is also Johanna Le Pape, who in 2014 won the World Cup of Sweet Arts, and Victoire Finaz, member of the French Academy of Chocolate and Confectionery

During the visit of the French gastronomic mission to promote the Ecuadorian cocoa route, the French ambassador in Ecuador, Frédéric Desagneaux, on Sunday awarded Yann Gallon the Agricultural Decoration in the rank of knight.

The visit of the French representatives is an opportunity to promote the country brand by giving visibility to Ecuadorian products and gastronomy, while strengthening ties with France, added the French Embassy.

In addition, he announced that, within the actions to promote this fruit, the country will participate in international fairs and commercial visits in nations such as France, the United States, Argentina and the United Kingdom.

“We lead the production of fine aroma cocoa with a 65% share on a global scale. In 2021, cocoa exports totaled USD 940 million. A sales record for the second year in a row.”

Cocoa is in Ecuador a crop that generates work -directly or indirectly- for no less than 600,000 Ecuadorians. In this sense, President Lasso highlighted that “98% of the production comes from small farms and provides sustenance to thousands of families.

In addition, Minister Olsen assured that, from the tourist perspective, cocoa is an option to generate new sensory experiences in travelers that start from the fruit and reach the chocolate produced by national producers.