Linda passed away just recently, after an illustrious career dedicated to Galapagos conservation in general- but with a focus on giant tortoises.

She first travelled to Galapagos in March 1981 to do her Ph.D. research on giant tortoises. She ended up spearheading the giant tortoise ecological restoration efforts for nearly 20 years, working for the Galapagos National Park Service and the Charles Darwin Research Station.  She was a very well-known personality in the Galapagos conservation community, both in the islands and beyond.

Thanks to her discoveries, the Park and the Darwin Station were able to establish a program for the captive breeding of giant tortoise. This success led to the restoration of giant tortoise populations on several of the Galapagos islands where they had been hunted to near extinction, and where the eggs and young of the few remaining individuals where being eaten by introduced pigs.

It was thanks to Linda’s vote of confidence that CNH Tours co-founder Marc Patry was hired by the Charles Darwin Research Station in 1998 to prepare and launch the Isabela Project, the most ambitious ecological restoration project in Galapagos history. She had done much of the ground work for him to follow-up on. That project led to the removal of all goats from the northern sector of Isabela Island (where they had been turning forests into deserts) and all goats and pigs from Santiago Island (there are no pigs on northern Isabela Island).  With the removal of these barriers, giant tortoises are now reproducing successfullly again on Santia Island, and their habitat on Isabela Island is no longer threatenned.

After her nearly 20 years in Galapagos, Linda went on to advocate for Galapagos conservaiton with the Galapagos Conservancy, a US NGO. 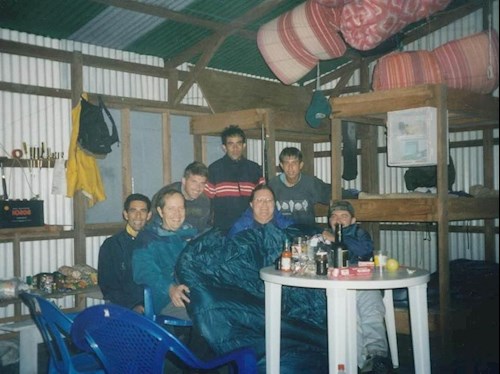