While it may be counterintuitive during these COVID-19 times, the intergovernmental World Heritage (WH) Committee, operating under the United Nations Educational, Scientific and Cultural Organization (UNESCO), admonished the government of Ecuador today.  It expressed its “utmost concern” to Ecuador for not having followed through on an earlier commitment to promote a “zero-growth” tourism policy for Galapagos, to address runaway tourism numbers there. 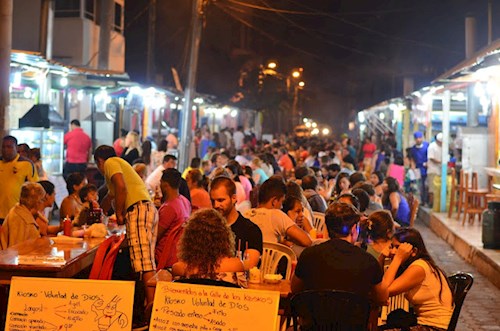 To be clear, the decision is based on trends before the pandemic struck and assumes that, post-pandemic, they are likely going to resume.

“The continued growth of tourism to the property is a significant concern, with an approximate 25% increase reported in tourism between 2016 and 2018 and a substantial increase in commercial flights in 2017-2018. The [government of Ecuador], in its previous report, committed to adopt measures that promote a zero growth model for tourism, as recommended by the 2017 [state of conservation monitoring] mission. In view of this, it is also recommended that the [World Heritage] Committee request the [government of Ecuador] to develop and implement a clear action plan with urgent measures to limit the number of tourists and flights to the property to achieve the zero growth model in line with its commitment.”

In response to this report, the WH Committee responded to the government of Ecuador as follows:

“[the World Heritage Committee notes with serious concern] the continued growth of tourism and commercial flights to [Galapagos], despite the commitment made by the [government of Ecuador] to promote a zero growth model for tourism, reiterates its requests to the [government of Ecuador] to develop and implement a clear tourism strategy that ensures that suitable measures are sustained in the long term as permanent regulations, with a clear action plan with urgent measures to achieve the zero growth model, including maintaining the moratorium on construction of new tourism projects and the limits on the number of flights, and to submit this strategy and action plan to the World Heritage Centre for review.”

The WH Committee went on to request the government of Ecuador to report back by 1 December 2022 on measures it will have take to address this issue.

As a former employee of UNESCO’s World Heritage Centre, as a former employee of the Charles Darwin Research Station, and as the owner of a Galapagos tourism business, I have been well-placed to observe the very rapid growth in Galapagos tourism over the years, particularly since 2000 and  I have regularly shared my concerns over this growth with my former colleagues at UNESCO and with the WH Convention’s technical advisor, IUCN.

SHIP VS LAND BASED TOURISM:  NOT THE SAME

In raising concerns over runaway tourism growth, it is critical to make a distinction between ship-based and land-based visitors.    Tourism in Galapagos started in the 1960’s and was exclusively ship-based.   Over the next 25 years, ship-based tourism grew very quickly at it became obvious to all concerned that if no limits were imposed, not only the quality of the visitor experience, but the long term conservation of the archipelago’s biodiversity would be put at risk.   For this reason, the government of Ecuador placed a firm cap on the size of the expedition cruise ship fleet.  As a result, in what is considered a success story for sustainable tourism, the fleet’s capacity has not increased for nearly 25 years and ship-based tourism in Galapagos has plateaued at about 70,000 – 75,000 people / year.  Ships based tourist have access to many visitor sites not accessible to land-based tourists.  Ship schedules are finely coordinated to ensure that sites remain very lightly visited overall.  As a result, the overall Galapagos visitor experience continues to be among the best on the planet. 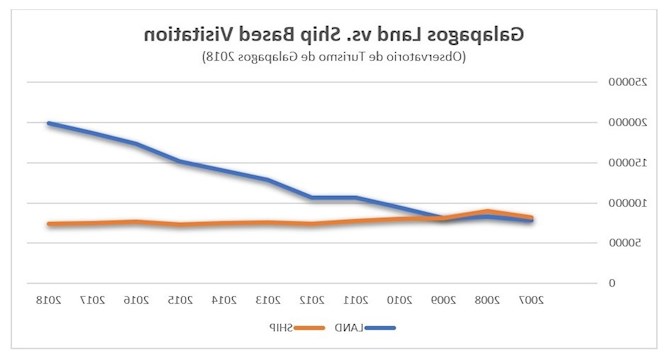 Based on the these numbers, it is clear that those who visit Galapagos by ship are not part of the tourism growth problem.

CNH Tours agrees with the UNESCO World Heritage Committee on this matter.  The rationale for having imposed strict limits to the expedition cruise ship fleet is sound and should be applied to land-based tourism as well. 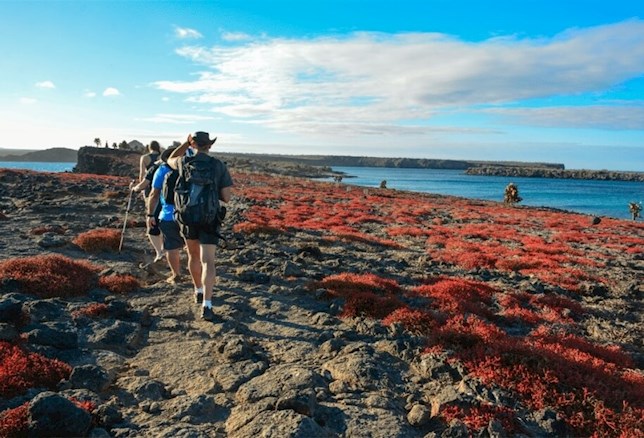